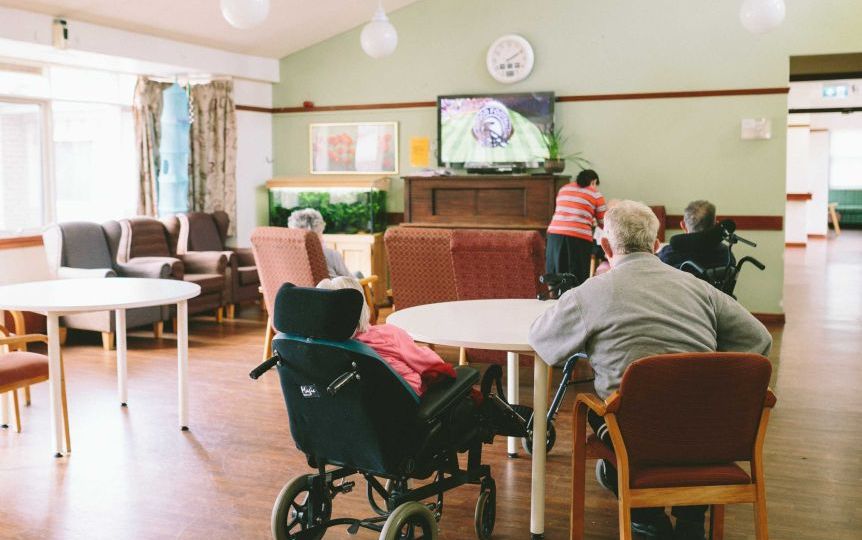 An architect of the federal government’s aged-care funding reforms says its plan to pay staff a cash bonus is a political move that will not address a chronic, nationwide shortage of carers.

Prime Minister Scott Morrison announced plans to deliver cash payments to aged-care workers in an address to the National Press Club on Tuesday.

Eligible workers will receive two pro-rata payments of up to $400 this month and in early May as part of a $209 million retention bonus aimed to bolster a workforce deeply under pressure from the pandemic.

But University of Wollongong professor Kathy Eagar, who recently led work on overhauling the Commonwealth’s Aged Care Funding Instrument, said the bonus scheme had not been matched with any reform to address the sector’s most-needed challenges.

“It will not solve any of the attraction or the retention problems; you need fundamental reform to the workforce,” Professor Eagan, who heads the Australian Health Services Research Institute, told The New Daily.

“It’s impossible not to assume that this is a political decision to try to placate the sector.

“Nobody should believe that two one-off payments in the lead-up to a federal election will actually do anything in the long run.

“It’s not going to go away. We knew the sector was in crisis before, it’s still in crisis and nothing the government does of the short-term nature will actually have any systemic value.

“The government has not been interested in pursuing the real fundamental reforms that are required.”

The sector is buckling under the weight of burgeoning pandemic cases, the latest Department of Health data shows.

According to data released on January 28, there were COVID outbreaks in 1261 aged-care facilities nationally, or more than 40 per cent of all homes.

A total of 9643 residents and 14,257 staff cases were classed as having active cases on that date. Already this year, more than 400 aged-care residents have been added to the national virus toll.

“There are thousands upon thousands of people in aged care who are infected with the virus today,” Professor Eagan said.

“There are thousands, there are literally thousands of staff currently infected. There is an immediate issue [with] the number of staff who are getting infected every day and who are resigning.”

Professor Eagan was an expert witness before the royal commission into aged care that issued a landmark 2021 report into the system, and heard witness accounts of widespread abuse and neglect.

The inquiry received a record number of submissions and made 148 recommendations.

But Professor Eagan said little progress had been made on reforming the sector since the royal commission’s report was delivered and identified systemic problems stretching back nearly a decade.

“None of the underlying issues have been addressed,” she said.

“We have a sector which has been dumbed down over the years, which does not have enough registered nurses, it doesn’t have enough allied health staff.

One of the inquiry’s recommendations the government declined to adopt was to join a case to the Fair Work Commission seeking a wage rise for aged care staff, many of whom make only $23 an hour.

“We need the government to step forward and support an increase in aged care workers’ wages,” he said.

“This is now a national emergency,” he said.

But earlier on Tuesday, Superannuation Minister Jane Hume said a proposal for a $5-an-hour pay rise for sector workers was not sustainable.

Senator Hume said the government had provided for aged-care workers with a previous payment in 2020 and was making another due to the increased demands of the pandemic.

Protestors opposing vaccination mandates were outside the Press Club in Canberra on Tuesday, the day after polling showed the Morrison government’s popularity had slumped markedly over the holidays.

Inside, the Prime Minister conceded the government’s vaccine rollout should have been better and that he was too optimistic about the pandemic’s projected length.

“For me as Prime Minister, accepting this responsibility means asking yourself and challenging yourself every single day with those same questions,” he said.

Mr Morrison later told journalists that he should have acted sooner on the COVID vaccine rollout and “put it under a military operation from the outset”.

He also announced a $1.6 billion plan to commercialise research and development in Australia and slash unemployment.