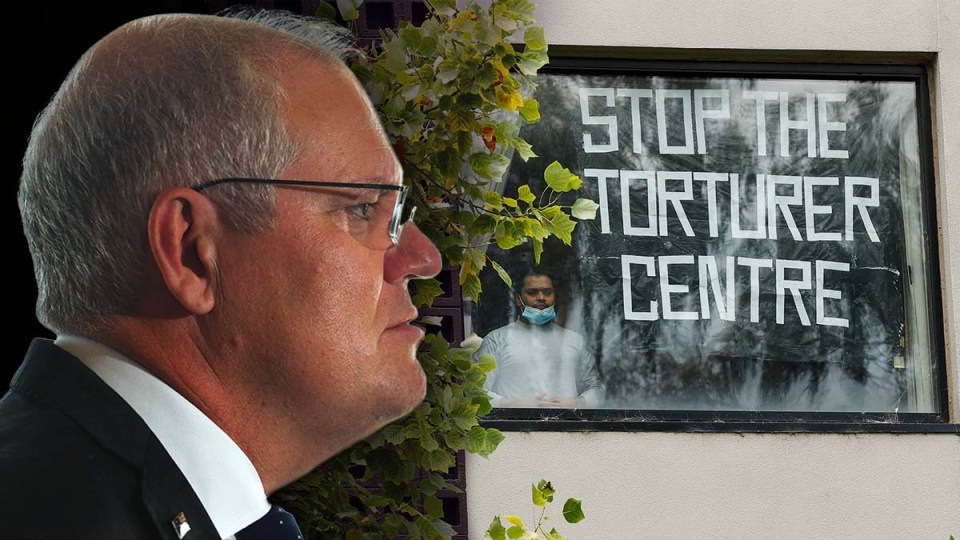 Religious leaders from around Australia are calling on Scott Morrison to release roughly 70 medevac asylum seekers from detention. Photo: TND

Religious leaders are calling on Prime Minister Scott Morrison to extend the same values of his Christian faith to the 70 asylum seekers indefinitely detained in Melbourne.

The video appears to portray the Prime Minister as a hypocrite whose actions as a politician do not align with his public statements on the importance of standing “on the side of the poor and the hungry”.

It includes excerpts from his previous speeches and comes after Novak Djokovic’s deportation briefly shone a spotlight on Australia’s treatment of refugees.

“A wave of compassion went around the country when the unexpected presence of Novak Djokovic at the Park Hotel highlighted the plight of those who’ve been in detention for years,” Reverend Huggins told The New Daily.

“This campaign really continues the concern that everybody felt in their heart about the plight of those people.”

The campaign video is narrated by Reverend Tim Costello, who argues that Australia treats dogs better than it treats refugees.

The video presents viewers with a series of quotes from the Prime Minister about the Christian values of “loving kindness”, alongside claims that Australia’s detention of asylum seekers is breaching international laws on torture and inhuman treatment.

Roughly 70 asylum seekers who were brought to the mainland to receive medical treatment are currently being detained at the Park Hotel or the Melbourne Immigration Transit Accommodation facility (MITA).

One 25-year-old asylum seeker at MITA, who asked not to be named for fear of retribution by guards, said he’s been scarred for life after years of detention on Christmas Island, on Nauru and, now, in the suburbs of Melbourne.

“I’ve been jailed for nine years for no reason – just because I’m a refugee,” he told TND.

“It’s almost half of my life. I grew up in detention. When I came to Australia I was 17 years old, I wasn’t even an adult.”

Leaders representing multiple faiths met this morning to call on @ScottMorrisonMP to end the inhumane, indefinite detention of refugees and asylum seekers. pic.twitter.com/qBgUAXWF3Q

He said he is locked up in inhumane conditions, suffers from routine beatings, and is experiencing severe mental anguish from living in constant limbo.

“I just cannot believe that Australia is a first-world country,” he told TND from inside the detention centre.

“It’s a part of the UNHCR. How is that possible that they are a part of this organisation and yet they’re doing all this torture?”

It’s a similar story at the Park Hotel where Djokovic was held, with another detainee previously telling TND that he’s suffering from serious physical and mental health issues due to the conditions there.

The religious leaders hope to “quietly and privately” call on Mr Morrison and Labor leader Anthony Albanese to free these asylum seekers before they become a political football at the next election.

We expect Christians to be those who stand up for the truth, to stand up for justice, to stand on the side of the poor and the hungry, the homeless and the naked. And when that happens, then Christians will be trustworthy, believable witnesses.”
Scott Morrison paraphrasing Desmond Tutu in his maiden speech to Parliament

Many believe Mr Morrison’s past statements about his faith are at odds with Australia’s current treatment of asylum seekers.

“I see this as us encouraging him to recover that original purpose for which he sought office,” Reverend Huggins said.

The film was created by AACTA-winning director Richard Keddie, who was also behind the Kids Like Us campaign to release children from the Nauru detention centre.

“Mr Morrison is defying his own values in this one – it’s incredible,” he said.

Mr Keddie has put together hundreds of these kinds of videos over the years, and said “our lack of humanity at the moment is devastating”.

“At the heart of all the major religions is compassion,” Reverend Huggins said.

“That we should only do to others what we would want to be done to us. We should, under no circumstances, do to anybody else what we wouldn’t want ourselves.”

The asylum seeker detained at MITA said although he was familiar with Mr Morrison’s policies, the Prime Minister’s deep sense of faith was news to him.

“So he’s a religious man and and he’s doing this? Very nice of him,” he said.

“Whatever he says – he hasn’t done it!

“The cruelty, the torture that I’ve seen on Nauru has scarred me for life.”