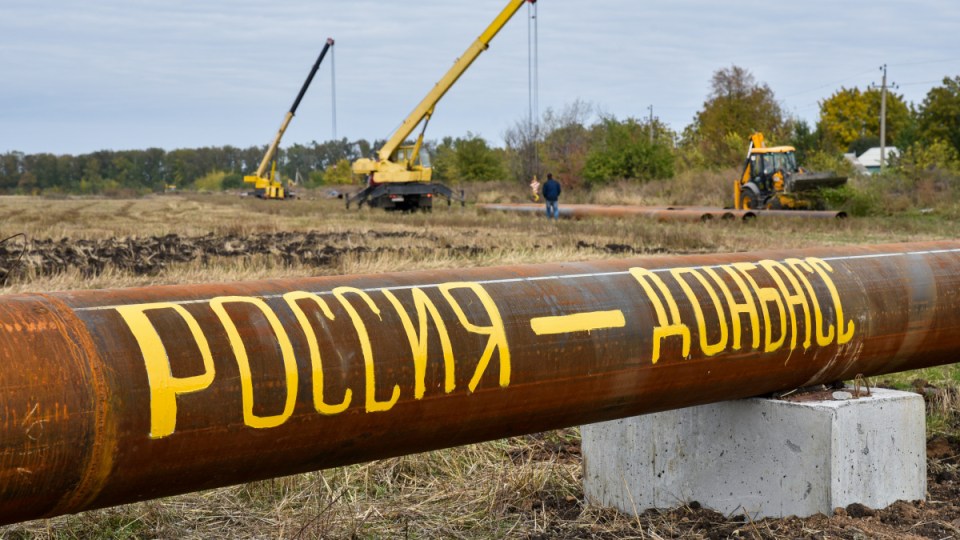 Keith Pitt has refused to confirm if Australia is in discussions with Europe about gas supply. Photo: Getty

Europe is looking towards gas suppliers other than Russia, including Australia, as tensions over Ukraine continue to escalate.

Program director of energy at Grattan Institute Tony Wood said the US was trying to coordinate the diversification, with Australian gas already used to supplement supplies.

“I’m sure the conversations are being had [but] it doesn’t mean that Australia actually supplies its gas to Europe, Australia is a long way from Europe,” he told the ABC on Thursday.

“It could mean that gas that otherwise might go to Asia is diverted to Europe and then Australian gas replaces that gas in Asia.”

Mr Wood said it wouldn’t be in Russia’s economic interest to cut gas supplies to Europe.

But the Kremlin has reduced the volume of gas in the past, already stretching the credibility of some of its long-term gas contracts, he noted.

“It wouldn’t do that just capriciously but physically they could do that,” he said.

Mr Wood said it was unlikely any ramping up of Australian exports would affect prices in Australia, with domestic use accounting for only a small percentage of the gas produced here.

Resources Minister Keith Pitt said Australia was one of the most reliable supplies of liquefied natural gas throughout the pandemic.

“We will of course continue to meet our existing contracts but where there is a shortfall Australia will always look to support our friends,” he told Sky News.

Whether any shortfalls would provide Australian exporters with a long term opportunity or just become a short-term fix was “a matter for exporters to determine”, he said.

Mr Pitt refused to confirm whether Australian officials were in active discussions with the Europeans about gas supply.

“[Australia and the UK] are determined to act together … for our economic security,” she said.

“It means cutting strategic dependence on authoritarian regimes, starting with Europe’s dependence on Russian gas. We’re pushing for alternatives in energy supply, so that nations are less reliant on Russia for their gas.”

Meanwhile, a Ukrainian diplomat in Australia has urged the federal government to avoid panic as it evacuates some diplomatic staff and families from the country amid tensions with Russia.

Ukraine’s charge d’affaires in Australia, Volodymyr Shalkivski, said it needed to be about sending the right message that the Ukrainian government was controlling the situation on the ground.

“There are enormous amount of foreign citizens in Ukraine and, to be honest, the perception of safety is little bit different in Ukraine because we have ongoing military conflict in our eastern side of the country for eight years,” he told the Nine Network on Thursday.

“The situation in other parts of the country is totally safe. The negotiations still continue and we’re confident there is a way out of this situation, there is a way to de-escalate and move forward.”

Europe’s ambassador to Australia Michael Pulch said Ukraine didn’t pose a threat to European or Russian security and any incursion on Ukraine’s border would be considered an invasion.

The ambassador said any Russian action against Ukraine would make it a pariah in the international community and would be met with swift action from the West.

“We’ve made it clear we would respond … on such an action taken by Russia,” he told the ABC.

“The deterioration of the security environment that Russia denounces is of its own making and it diverts attention to the support of separatist activities in eastern Ukraine and the annexation of Crimea.”