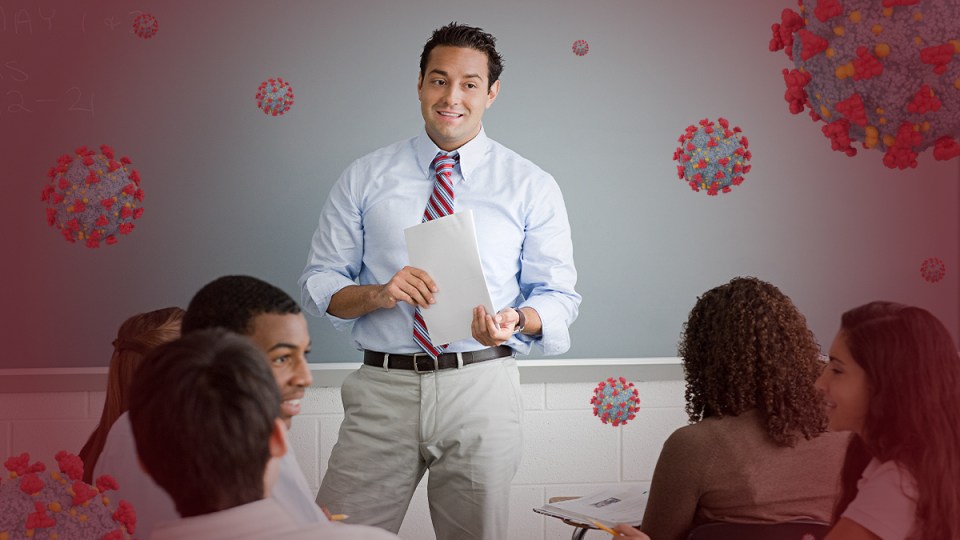 Australia’s two biggest states have laid out their plans for the upcoming first week of school, with rapid antigen tests playing a major role in their similar schemes.

As part of NSW’s long awaited back-to-school plan, teachers and pupils will get two rapid antigen tests per week when they return to classrooms next week.

The scheme will run for four weeks, covering the states 3000 primary and secondary schools. Early education and childcare centres will also be included.

Premier Dominic Perrottet says it’s the right decision for students to return to face-to-face learning amid the Omicron wave.

“I know many parents are anxious but ultimately we know kids do better in the classroom,” he told reporters.

There would be no school closures.

Victorian Premier Daniel Andrews announced a similar strategy, saying 6.6 million RATs will be delivered to schools and early childhood centres across the state before primary and secondary students resume classes on January 31.

In all, 14 million will be distributed during the state’s surveillance testing regime, which will be reviewed after four weeks.

“It is about finding as many cases as we can and shutting down those chains of transmission,” Mr Andrews told reporters.

However, Queensland Health Minister Yvette D’Ath has ruled out following this plan, saying there was no national health advice to do so and it was “not a comfortable test at the best of times”.

She said there were also limited supplies of rapid test supplies in Queensland.

“We believe that those tests are best focused in the areas where we need them the most, such as … being able to get hold of them for critical essential workers, aged care, health,” the minister said.

Federal Labor’s health spokesman Mark Butler is more concerned that only one-in-four, five to 11-year-olds have received their first dose of the COVID-19 vaccine just a week before school begins.

“GPs say they simply can’t get enough doses to deal with the number of kids they have on their books,” Mr Butler told reporters in Adelaide.

“Many GPs say the doses they’ve ordered simply aren’t even turning up.”

The back-to-school plans come as a total of 58 deaths were reported across the country on Sunday.

NSW added 20,324 new virus infections along with 34 virus-related deaths, while in Victoria the case load rose by a further 13,091, and there were 14 deaths.

Meanwhile, South Australia recorded 2062 new COVID-19 cases, the ACT posted 694, while in the Northern Territory there were 212 new infections.

Across the Tasman, New Zealand Prime Minister Jacinda Ardern, who has cancelled her wedding due to the outbreak, has warned COVID-19 case numbers can be expected to rise into the thousands despite her government imposing new and tougher restrictions in response to Omicron.

There will be no lockdown, but the new cases mean New Zealand, which has kept the virus at bay for much of the pandemic, will heighten other restrictions to minimise cases.

“Our strategy is to slow the spread of Omicron down,” Ms Ardern told reporters.