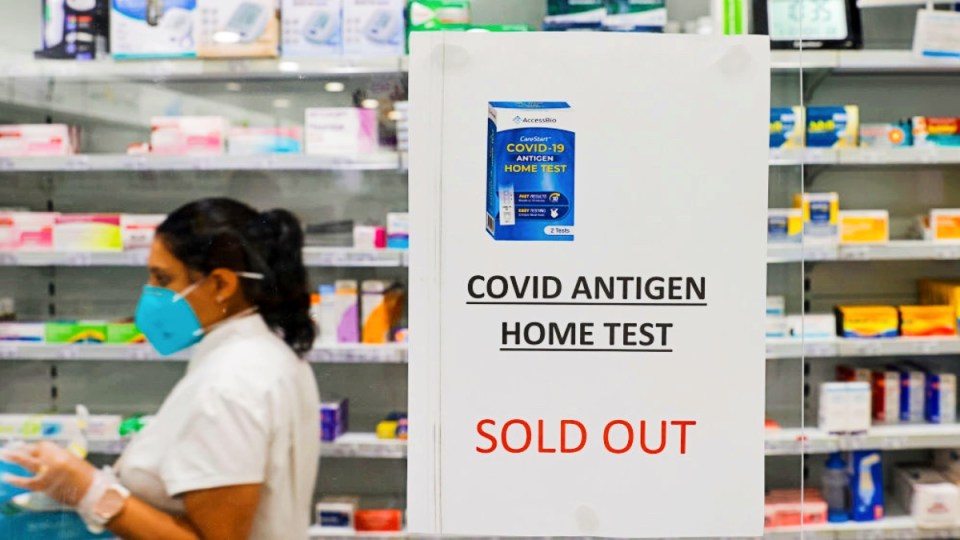 Federal police have launched an investigation into the price-gouging of rapid antigen tests.

Federal police have launched an investigation into the price-gouging of rapid antigen tests.

A specialist taskforce has been set up by the AFP, after investigations began in NSW and Queensland following referrals from the consumer watchdog.

Retailers caught price-gouging on the tests have been warned they will face five years in prison.

AFP assistant commissioner of the crime command, Nigel Ryan, said there would be a zero-tolerance approach to retailers.

“The AFP will use its full powers to crack down on RAT price-gouging,” he said.

“Not only is price-gouging of RATs unethical but it is illegal, and the AFP will use its significant resources to ensure it protects the public from the unlawful greed of others.”

While referrals have been made by the Australian Competition and Consumer Commission in NSW and Queensland, the AFP said it expected more to come.

Charges would be laid for businesses and individuals if it was found the rapid tests had been sold for more than 20 per cent of their original retail price.

Strike teams will have the power to force people caught price-gouging to surrender the rapid tests, where they will be used as part of the national medical stockpile.

No tests have yet been seized to go into the stockpile.

Assistant Commissioner Ryan said Commonwealth and state agencies would work together on the investigation.

“My message is clear: Do not risk jail time or a significant fine for a few extra dollars.”

The consumer watchdog said this week it had heard reports of rapid tests costing between $20 and $30 for a single test, despite wholesale costs maxxing out at $11.95. In one instance, a test was sold for more than $70.

The ACCC has received more than 1800 reports from across the country, as widespread shortages of rapid antigen tests remain due to rising cases of the Omicron variant.

The taskforce follows reports from businesses that rapid tests were being requisitioned by the federal health department, claims the department has categorically denied.

“If you’re being told by a supplier that you can’t get those rapid antigen tests because the Commonwealth government has redirected, it’s not true,” he said.