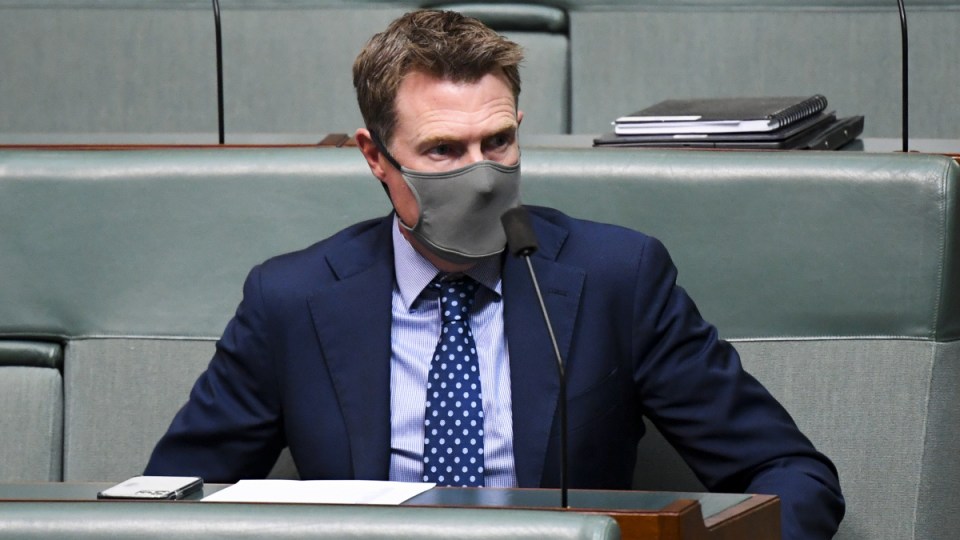 Labor's initial attempt for Christian Porter to be investigated was voted down last month. Photo: AAP

New Speaker of the House of Representatives Andrew Wallace told parliament on Thursday he did not believe there was enough new evidence to warrant such a referral.

Mr Porter in September updated his register of interests, disclosing anonymous donors paid part of his legal fees for defamation action against the ABC.

Labor’s initial attempt for Mr Porter to be investigated by the committee was voted down last month.

This was despite then-speaker Tony Smith being satisfied there was a prima facie case to investigate the West Australian MP for Pearce.

Mr Smith said in an ABC radio interview on Tuesday his role had been “simply to say you must debate this and you must, as a House, make a determination'”.

“If I had a direct referral power, you wouldn’t need to go through all of that procedure.”

When asked if he would have referred Mr Porter to the committee, Mr Smith replied: “Sure.”

Labor referred the comment to the new Speaker to weigh up a rethink.

But Mr Wallace told parliament he did not believe the interview revealed “new information relating to the substance of the matter of the alleged raised”.

Paul Bongiorno: Albanese poised for victory as Morrison struggles to save himself
Labor accuses government of ’war on NDIS‘
Today's Stories