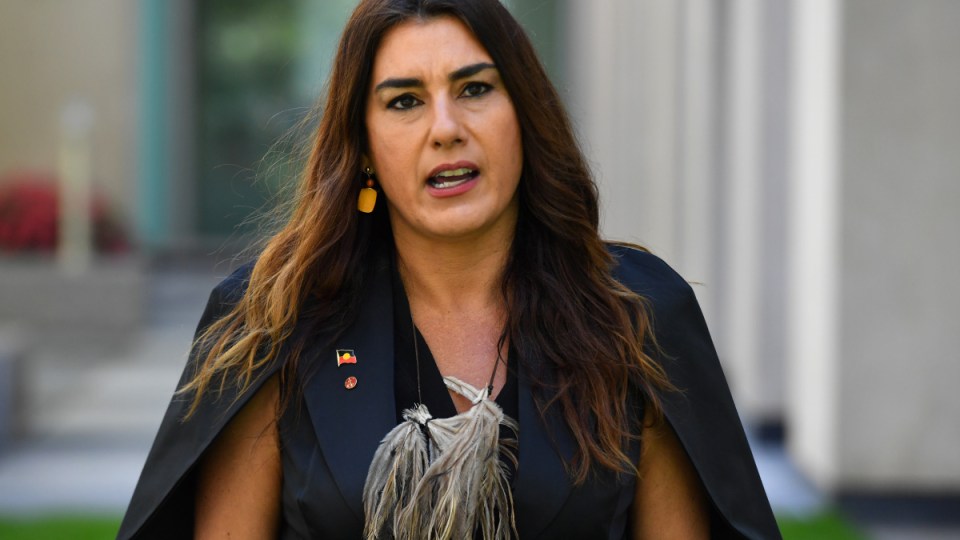 A sombre senator has reflected on her cousin who was murdered from domestic violence, prompting the chamber into a minute’s silence.

Greens senator Lidia Thorpe said her cousin was killed and left dead on the front lawn of her mothers house.

“(She) was carried by her perpetrator and dumped on the front lawn of her mother’s house,” Senator Thorpe said.

“Because there was substance abuse involved in that family, the police response was that they were drunks and no one was held accountable.

“Women in our family who have been murdered had no justice because they were not important enough for investigations to happen.”

Senators across all political persuasions spoke about ending domestic violence on the international day for the elimination of violence against women.

Labor senator Penny Wong spoke to her frustrations about giving the same speech on domestic violence for the past two decades with no improvement in the number of women who die or are abused at the hands of partners.

A women is killed by a current or former partner every week on average in Australia.

One in five women have been sexually assaulted or threatened and one in four women have experienced emotional abuse by a current or previous partner.

Senator Wong said she had spoken to extraordinary women who showed more courage than she had ever seen in parliament.

“These facts have not changed for years and what is hard is we keep saying them and behind every one of those numbers is a tragic story, a tragic loss,” she said.

“We need to back them with more than words. With funding and people to support them.

“It would just be a wonderful thing for this nation if we could actually make a difference on this.”

Minister for Women Marise Payne said there were too many stories about the abuse of women.

“Violence against women and children is never acceptable,” she said.

“Gender inequality is the root cause of violence against women and we must work across our society — including with men and boys — to change social norms and attitudes and behaviours.

“Stories of violence against women and children are always hard to hear but we have to listen to survivors to inform our way forward.”