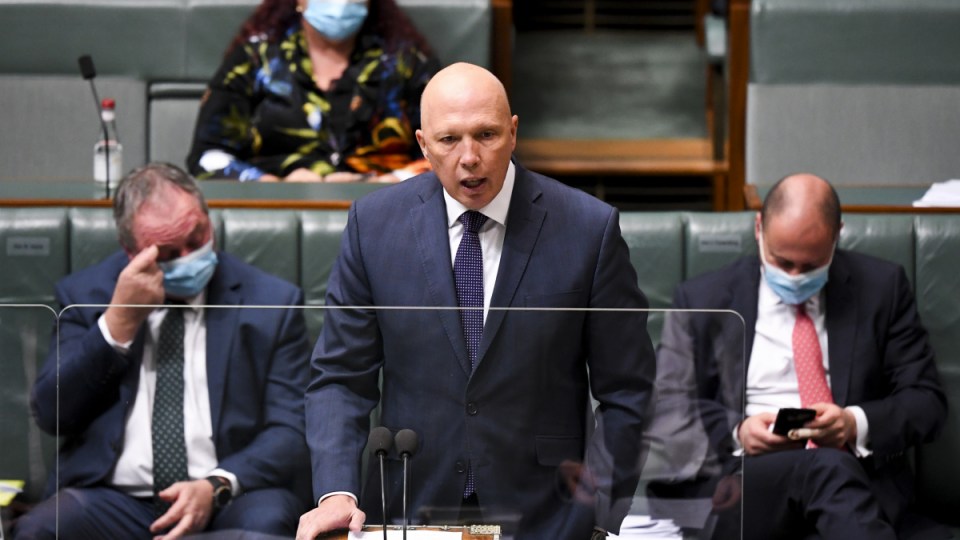 Peter Dutton has won a defamation claim over a six-word tweet dubbing him a “rape apologist”, with a judge ruling it was a step too far from the facts.

The Defence Minister was awarded $35,000 in damages on Wednesday after suing refugee advocate Shane Bazzi over the February tweet that accused the Queensland MP of being “a rape apologist”.

The since-deleted post contained a link to a 2019 news article quoting Mr Dutton saying some refugee women on Nauru who complained of rape were “trying it on” in order to come to Australia.

Mr Bazzi, through lawyer Richard Potter SC, told the court he was expressing his honestly held opinion that was based on fact.

But the Federal Court determined the tweet went beyond the facts of the article, which concerned Mr Dutton’s questioning of the bona fides of the women’s claims.

“This is a different subject matter than diminishing the significance of rape, or not treating it seriously when it occurs, or any action which involves excusing rape,” Justice Richard White said in written reasons.

“Mr Bazzi was not making some stark or exaggerated or prejudiced comment based on the material but making a different assertion again, directed to Mr Dutton’s attitude or conduct in relation to the very act of rape.”

He said a rational relationship must exist between the statements of Mr Dutton, on the one hand, and the opinion that Mr Dutton excused rape itself when it occurred, or that he was a rape apologist more generally, on the other.

“That relationship is lacking,” the judge said.

So too was the relationship between the tweet and comments made by Mr Dutton hours before the tweet.

The member for Dickson drew criticism for referring to the “he said, she said” details of former Coalition staffer Brittany Higgins’s rape complaint.

“In none of the statements on which Mr Bazzi relies did Mr Dutton say anything at all about his attitude to rape,” Justice White said.

A defence of fair comment on a matter of public interest also failed.

“We are very disappointed with the outcome. We will be taking time to consider our options,” Mr Bazzi said, thanking supporters and asking for privacy.

Mr Dutton’s claims for aggravated damages and an injunction, based on Mr Bazzi’s commentary on the case, were rejected.

In calculating damages, the judge said it was understandable Mr Dutton was hurt and offended despite being accustomed to bearing “the slings and arrows” that come with high political office.

But “a sense of perspective” was needed about the seriousness of the defamation, he said.

The tweet, posted about midnight and receiving about 1220 Twitter “impressions”, was not published in any mainstream media and was deleted shortly after Mr Bazzi received a letter from Mr Dutton’s lawyer.

“The ordinary reasonable readers of the tweet would not have understood it to be the measured assessment of a serious political commentator,” Justice White said.

Costs and interest will be decided at a later date.

Mr Dutton, a father of three and former police officer, told the court in October he was “deeply offended” by the tweet because it was the opposite of who he was.

The case is the latest defamation claim made by a federal MP about social media posts.

Andrew Laming took action over tweets by various figures, including the  ABC’s Louise Milligan, made after a Nine News report about a photo the Queensland LNP took.

In September 2020, first-term Nationals MP Anne Webster, her husband and their charity were awarded a combined $875,000 for “disgraceful and inexplicable” claims made by a conspiracy theorist.