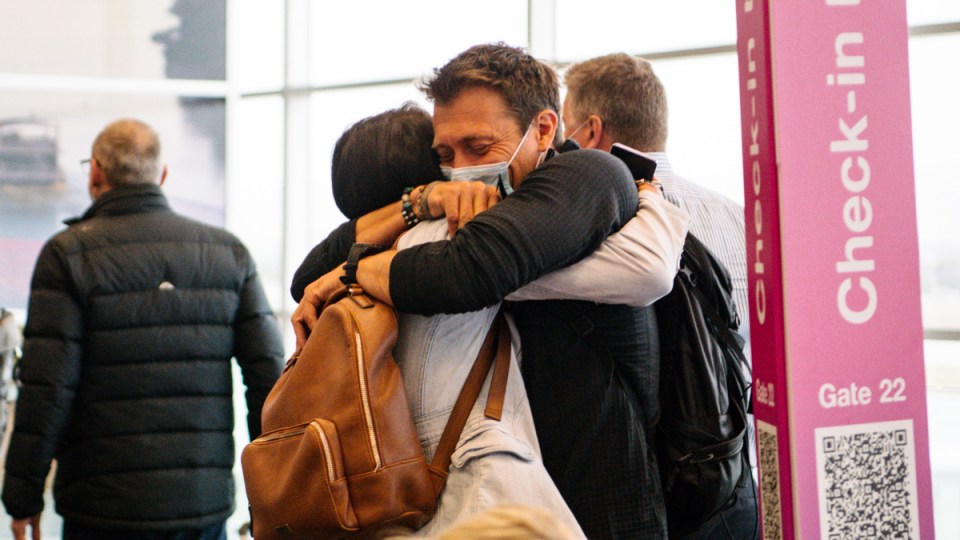 South Australia has reopened to Victoria, NSW and the ACT with flights from the east resuming. Photo: AAP

South Australia has become the latest COVID-19-free jurisdiction to reopen to the ACT, NSW and Victoria.

Flights to South Australia from eastern states heavily impacted by the virus resumed on Tuesday, while about 30,000 applications to cross the border have already been submitted.

While some states have instituted border passes or mandatory nose and throat swabs as an entry requirement, Tourism Minister Dan Tehan says cross-border travel arrangements need to be simple.

“In the end, we want Australians to travel within Australia like they used to,” he told Sky News on Tuesday.

“We want to be able to limit these new requirements that have been put in place, and the more seamless we can make travel, the better.”

While South Australia is yet to hit 80 per cent of over 16s fully vaccinated, infectious diseases expert Professor Robert Booy said the state was close enough to the milestone for travel to be safe.

“When people are coming in from a place, even if they are double vaccinated, where there is transmission, they will have to test before and after,” the University of Sydney professor told the Seven Network.

“So I think there are a number of extra precautions they are taking, it’s not willy-nilly, (SA is) really thinking it through, so I’m not worried about them.”

NSW recorded 173 new cases of COVID-19 in the last reporting period along with two deaths.

Victoria registered one of its highest daily death tolls from the virus with 19 fatalities, while the state had 827 new cases.

From December 1, international students, skilled workers and humanitarian visa holders can come to Australia from overseas without needing to apply for a travel exemption.

Tourists from Japan and South Korea will also be able to travel, following a similar travel arrangement with Singapore.

“These will help to fill gaps in our economy,” Mr Tehan said.

“We always said this would be a very systematic and planned reopening and that’s exactly what we’re doing.”