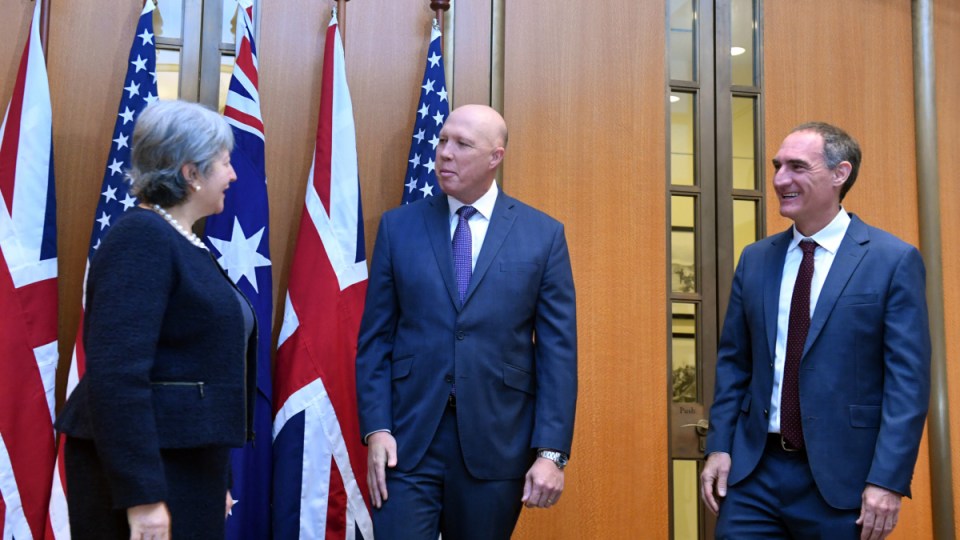 Australia has taken the next step to acquire nuclear submarines as part of the controversial AUKUS security pact.

Defence Minister Peter Dutton signed a formal agreement alongside the US and UK to allow the countries to share information on the nuclear-powered vessels.

The agreement was signed in a ceremony on Monday alongside US Chargé d’Affaires Michael Goldman and UK High Commissioner Victoria Treadell.

Mr Dutton said the signing marked a key milestone for the future of the security pact.

“The agreement will allow, for the first time ever, the sharing of information in relation to nuclear-powered systems for Australia,” Mr Dutton told reporters on Monday.

“It’s a remarkable achievement and the next step in bringing to fruition the submarines and other deals under AUKUS, which is very important.”

The submarine deal, first announced in September, triggered anger from the French government after Australia decided to scrap a $90 billion contract with the European powerhouse in favour of the AUKUS arrangement.

French President Emmanual Macron publicly accused Prime Minister Scott Morrison of being a liar about the circumstances leading up to the cancellation while the two leaders were at a recent G20 summit.

Mr Morrison said the deal was made in the national interest, despite some opposition to the new pact.

“This is a very important agreement for Australia’s future security,” Mr Morrison told reporters in Canberra.

“There are plenty of others who don’t want to see this go ahead, and that, I think, tells you why it’s so important that we do.”

The prime minister reiterated Australia would still meet its obligations under a nuclear non-proliferation treaty, despite having access to nuclear submarines.

The deal marks the first time nuclear-powered technology between the US and UK has been shared with another country.

“The agreement will provide a mechanism for Australian personnel to access invaluable training and education from our US and UK counterparts,” Mr Morrison said.