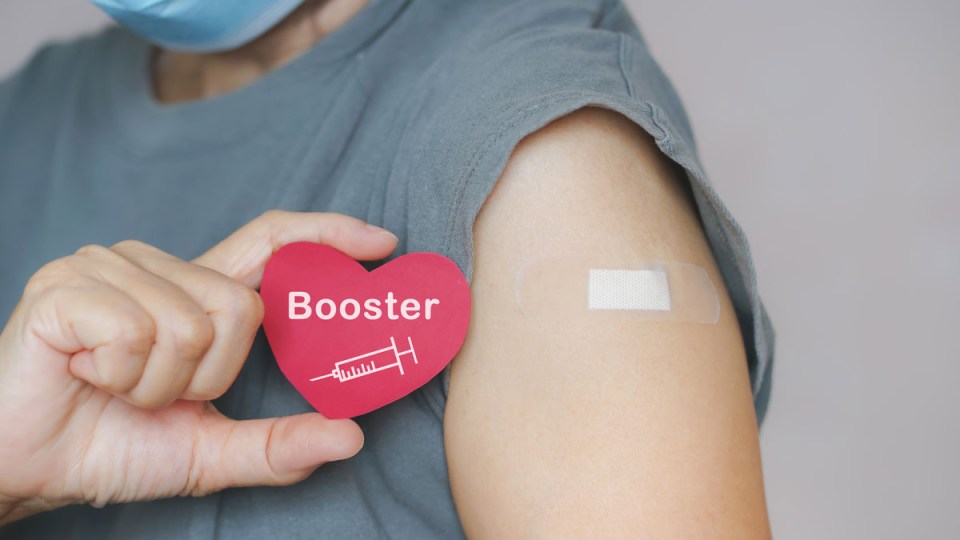 With COVID infections anticipated to rise next winter, booster shots are a must. Photo: Getty

Australians can probably breathe easy over coming months, thanks to mass COVID vaccinations and warmer temperatures.

That’s the view of Australian Medical Association vice-president Chris Moy, who says resurgent outbreaks of the deadly infection now rolling across Europe were unlikely to be replicated in the southern hemisphere summer.

He cautioned, however, that the anticipated seasonal decline would likely be followed by increasing case numbers as next year’s Australian winter approaches.

Despite their heavy vaccination rates, several European countries are being forced to impose new lockdown restrictions in the face of a fourth wave of COVID-19 cases.

Australia is enjoying a relatively high level of vaccination, with over 84 per cent of people aged 16 and over now double-jabbed.

“Because we will have a relatively newly minted, highly vaccinated population, we will probably be okay in summer and go through a bit of a honeymoon period,” Australian Medical Association vice-president Chris Moy told the ABC.

“The problem will be later when … vaccinations possibly start to wane in terms of effectiveness into winter next year.”

As such it will be critical to keep the vaccine booster program going, Dr Moy says.

The Australian Defence Force has been called in to help with transferring positive cases and close contacts .

“What has become clear to us based on the level of movement that has been happening in some communities outside of Katherine, is there is a real risk the virus has reached the connected communities further away,” NT Chief Minister Michael Gunnar told reporters.

From Monday, visitor restrictions will ease at all ACT hospitals, community health centres and walk-in centres to allow two visitors per patient, per day during visiting hours.

“The decision to restrict visitors to our health facilities is always a difficult one, but it ensures we can protect the health and safety of everyone,” ACT Health said in a statement on Sunday.

“This is especially necessary for our most vulnerable, particularly patients whose health is already compromised.”

There were further rallies in Victoria and other parts of the country on Saturday protesting against vaccine mandates, but these proved to be peaceful.

Shadow treasurer Jim Chalmers condemned the violent imagery at protests in Melbourne earlier in the week, saying you can express a view in Australia without dragging around a gallows and noose and calling for premiers to be hanged.

“I condemn without reservation, without qualification, the violent threats being made here, even if the Prime Minister won’t,” Dr Chalmers told ABC’s Insider program.

“You can express a view in this country without dragging around gallows and noose and calling for premiers to be hanged.”

Prime Minister Scott Minister denounced the violence and threats to politicians and their families but also said he had sympathy for Australians who have had “a gutful” of governments telling them what to do during the pandemic.

Victorian Premier Daniels Andrews had another crack at the prime minister, saying he should be condemning violence and congratulating Victorians for what they’ve done.

“He couldn’t do that, he was incapable of doing that,” Mr Andrews said.

“Governments shouldn’t be telling Australians how to live their lives. They had a lot of that by necessity for the last 18 months,” Mr Robert told Sky News’ Sunday Agenda program.