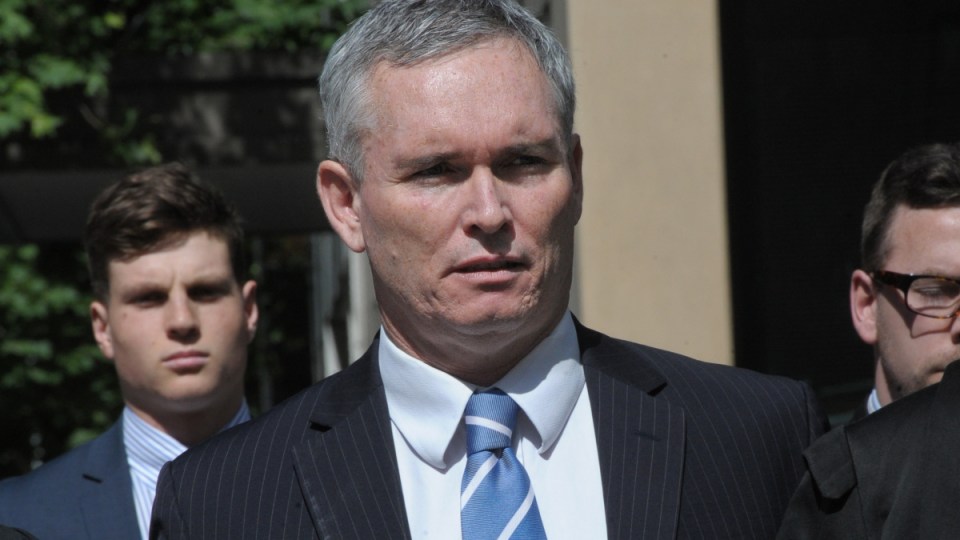 Former federal Labor MP Craig Thomson has been charged, accused of being involved in a multimillion-dollar migration fraud.

He was arrested and charged on Wednesday with two breaches of Australian migration law. Both have a maximum penalty of 10 years’ imprisonment.

The arrests come after the 57-year-old’s NSW Central Coast home was raided in July, with police taking several suitcases and bags of evidence.

His home was searched again on Wednesday.

The Australian Federal Police said investigations in other possible offences were continuing and further arrests could not be ruled out.

The probe was prompted by an Australian Border Force investigation into claims of significant visa and migration fraud from August 2019.

“The alleged offences in this matter involved the exploitation of federal government programs designed to assist Australian businesses,” he said on Wednesday.

The AFP led the investigation, with help from ABF, AUSTRAC, the Australian Taxation Office and the Department of Home Affairs.

Mr Thomson was suspended by the Labor Party in 2012 while a sitting MP after he was accused of misusing members’ funds while a Health Services Union official.

He was convicted of misusing funds in 2014.

The Federal Court later found he spent more than $300,000 of HSU funds to pay for sex workers and his election campaign.

Two other Central Coast premises were raided at the same time as Mr Thomson’s property was searched in July. There were also searches of two premises in Revesby in south-west Sydney, two more in Rockdale in Sydney’s south, one in East Maitland, and another in Bundaberg West in Queensland.

Mr Thomson’s house was searched again on Wednesday, as was a premises at Tuggerah on the Central Coast.

The ABF’s Assistant Commissioner East and Port Operations, Erin Dale, said the agency had a zero-tolerance approach with “unwavering resolve” to catch anyone trying to profit through the exploitation of vulnerable foreign workers.

“‘Cash for visa’ schemes … target vulnerable visa holders who may not be aware of Australian laws and workplace entitlements,” she said.

“Together, the ABF and AFP will continue to pursue facilitators of visa and migration fraud, while protecting foreign workers who play a vital role within the Australian community.”

Mr Thomson will appear before Gosford Local Court on Wednesday.