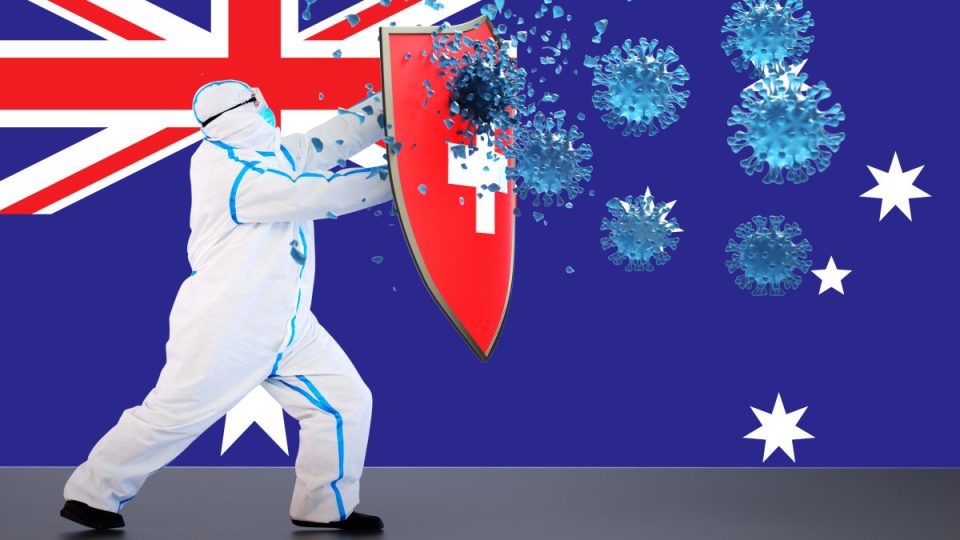 The lockdown was called after a man who works at the RAAF base in Tindal became ill.

Residents in a Northern Territory town are waking up to a lockdown after the detection of the Top End’s first community transmitted COVID-19 case.

Greater Darwin entered a ‘lockout’ at midnight Thursday, mandating that only fully vaccinated people would be permitted to move freely about the community until Sunday.

Unvaccinated people will be locked down after a man in his 20s was diagnosed with the virus in Katherine, 320km south of Darwin.

Everyone in Katherine – regardless of vaccination status – has been ordered to stay home for 72 hours.

Chief Minister Michael Gunner said the unvaccinated man had not travelled outside the NT recently and he had contracted COVID-19 locally.

“He has caught it from someone in the territory but we don’t know who.”

The man lives in a rural area south of Darwin and works at RAAF Tindal, near Katherine, where he was infectious for two days.

He developed symptoms on Tuesday and came forward for testing on Wednesday before being diagnosed late on Thursday.

Mr Gunner said it was likely the man was infectious in the community from Sunday until Tuesday but he could have been infectious from October 19.

He’s now in isolation in Katherine and would be moved to the National Centre for Resilience at Howard Springs.

Exposure sites named so far include Monsoons nightclub in Darwin and the RAAF base.

Mr Gunner said people who have been at an exposure site must isolate and book a COVID-19 test.

He also urged unvaccinated people to get the jab.

“Right now this bloke has no idea how he caught COVID and neither do we,” he said.

The Greater Darwin lockout of unvaccinated people will be the NT’s first with only double dosed people with a vaccination certificate able to enter business and community sites.

All children will be allowed to attend school and sport.

Mr Gunner said the mobile phone app for people to display their certificates wasn’t ready as he urged people to be patient and polite.

“This will be clunky over the next few days,” he said.

He also warned the region could go into a full lockdown if the situation deteriorated.

People in Katherine and unvaccinated people in Greater Darwin will only be permitted to leave their homes within a 5km area for five reasons.

These are: medical treatment, to buy essential good and services, essential work, one hour of exercise per day and to provide support or care to a vulnerable person.

Face masks must be worn by all people in Katherine and Greater Darwin.

‘Give it up, mate’: Backlash for McGowan after Dutton criticism
WHO warns Europe facing COVID-19 resurgence
Today's Stories