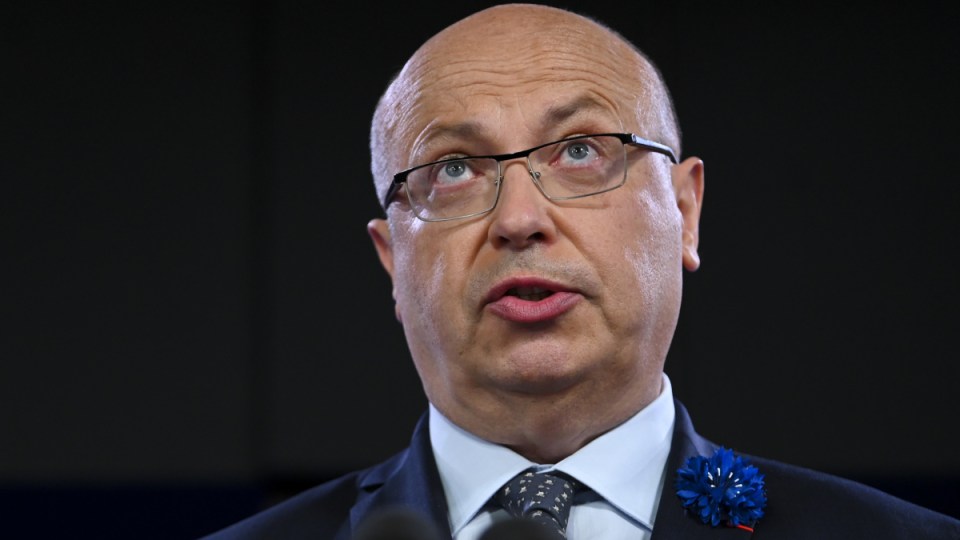 France’s ambassador has labelled the dumping of the $90 billion submarine deal a “stab in the back”, accusing Prime Minister Scott Morrison of being intentionally deceitful.

Ambassador Jean-Pierre Thebault’s slammed the government’s handling of the submarine deal, bringing into question Australia’s word on the international stage.

“What can any partner of Australia now think is the value of Australia’s signature and commitment?” he said in a National Press Club address on Wednesday.

Mr Thebault said the decision was made unilaterally by Australia and the French were not consulted despite “countless opportunities”.

“Without having shared (information) frankly and openly, or having looked for alternatives with France, is just out of this world.

“Why was it impossible earlier to state the naked truth?”

French President Emmanuel Macron called  Prime Minister Scott Morrison a liar earlier this week for allegedly hiding Australia’s intention to terminate the French contract in favour of a nuclear submarine deal with its AUKUS partners, the US and UK.

The Australian government subsequently leaked text messages of Mr Morrison’s exchange with Mr Macron the evening before the AUKUS deal was announced.

Mr Thebault called the leak of the messages an “unprecedented new low” in trust between the nations.

“(It) sends a very worrying signal for all heads of state – be aware, in Australia, there will be leaks. What you say in confidence … will be eventually used and weaponised against you,” he said.

Returning from a European trip, Mr Morrison said there was “no need” for him to apologise to Mr Macron.

“Claims were made and claims were refuted,” Mr Morrison said from Dubai, after leaving the COP26 climate summit in Scotland.

“It’s important now we just move on, frankly,” he added.

The Prime Minister rejected the suggestion other leaders could not trust him.

“I have outstanding relationships with so many leaders around the world.”

Mr Thebault was recalled to Paris in September after Mr Morrison revealed Australia would work with the US and UK on a fleet of nuclear-powered submarines under the AUKUS partnership.

Mr Thebault  said he returned to Australia to “redefine the terms of our bilateral relationship considering … the major breakdown of trust with this Australian government”.

He said Australia had foregone diplomatic trust in Europe as the AUKUS announcement stands in stark contrast to Australia’s strategy to get European allies more involved in the Indo-Pacific region.

“At the time of increased uncertainty, France is the only European country with permanent and significant assets in the Indo-Pacific region, and a capacity to rapidly step up its presence.”

The ambassador also appeared to take a veiled shot at Defence Minister Peter Dutton, who on Tuesday told 2GB Australia had “factored in all along that the French were going to be upset about losing a contract of this size”.

Mr Thebault told the press club the decision to cancel the contract should have set off “alarm bells … to the likely consequences”.

“And if it was a case and they did ring, and they were disregarded, it’s even worse,” he said.

The government was even accused of using the AUKUS announcement to make a political statement ahead of the upcoming federal election.

Scott Morrison’s submarine snub was a ‘stab in the back’: French Ambassador