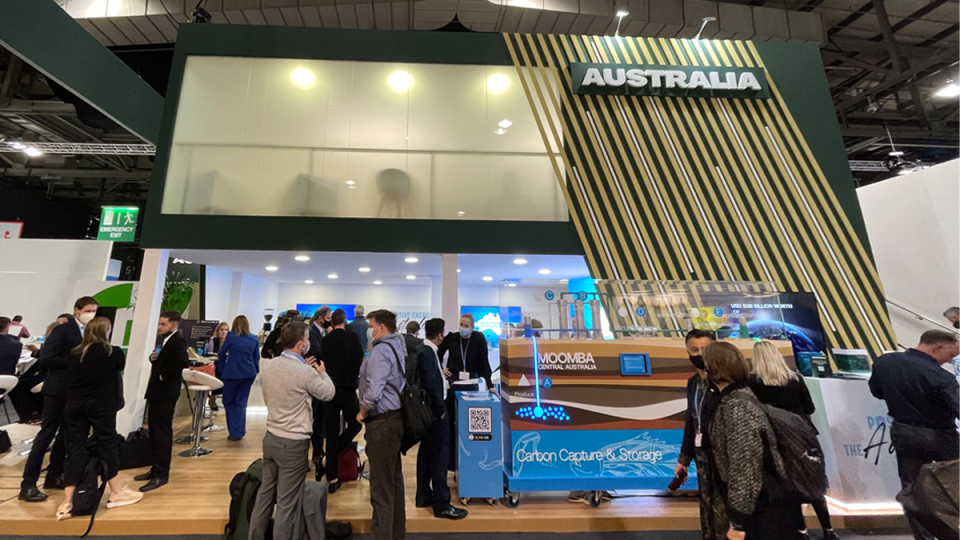 Delegates at the COP26 climate summit in Glasgow have been left stunned by Australia’s national pavilion, which includes exhibits from fossil fuel companies.

Under the banner ‘Positive energy the Australian way’, the pavilion includes an exhibit about carbon capture by oil and gas company Santos.

“They seem to be here doing the bidding of the fossil fuel industry,” the Climate Council’s head of research, Dr Simon Bradshaw, told The New Daily from Glasgow.

Another person who was present at the summit told TND that despite some viral photos showing an empty pavilion, Australia’s presence has actually been pulling in crowds.

Other countries also included exhibits from their energy sectors, but their focus was more geared towards renewable energy and conservation.

The Nordic pavilion called for a just transition to a green economy, the Japanese pavilion promoted renewable energy and low-carbon technologies, and the Brazilian pavilion highlighted the importance of protecting the Amazon as one of the world’s great carbon sinks.

Meanwhile, Australia focused on controversial technologies such as carbon capture, which critics claim is ineffective and gives fossil fuel companies a licence to pollute.

A study from Stanford University found that carbon capture tends to be inefficient, and can ultimately do more harm than good in terms of overall emissions.

“It is unashamedly promoting false solutions to the climate crisis,” Dr Bradshaw said.

“It’s basically a little propaganda machine they’ve set up here, and it really does stick out as very odd.”

A spokesperson for the Department of Industry, Science, Energy and Resources, which organised the pavilion, told TND that the Santos exhibit was not sponsored and is part of a larger showcase of Australian energy technology.

Around the corner from Australia’s pavilion in Glasgow is the Methane Moment booth, which is raising awareness about methane being even more detrimental to the atmosphere than carbon dioxide.

So far, more than 100 countries have signed a pledge to cut methane emissions by 30 per cent by 2030, many of them doing so in the past week.

The US, EU, Brazil, Indonesia and Saudi Arabia are among the signatories, but Australia is not.

“Right now, there’s a big announcement about the global methane pledge going on and then 10 metres away in the Australian pavilion we see a very different story,” Dr Bradshaw said.

The Climate Council was not the only local organisation to pay the Australian pavilion a visit at COP26.

Jo Dodds, president of the group Bushfire Survivors for Climate Action, went to the pavilion on Tuesday and was shocked to see Santos logos.

She said her visit caused a stir.

“I’ve been kind-of checked out by the men in suits here because I’m at the pavilion and clearly a bushfire survivor,” Ms Dodds said in a video on Twitter.

“I think that’s quite disturbing that we can’t be here and simply be present without being questioned.”

The reactions to the Australian pavilion mirror many COP26 delegates’ reaction to Australia’s climate change commitments so far.

“I think there’s that mix of anger, and also just bafflement that Australia is not grasping [renewable energy] opportunities, and that it’s still doubling down on fossil fuels,” Mr Bradshaw said.

He said he was disappointed but unsurprised.