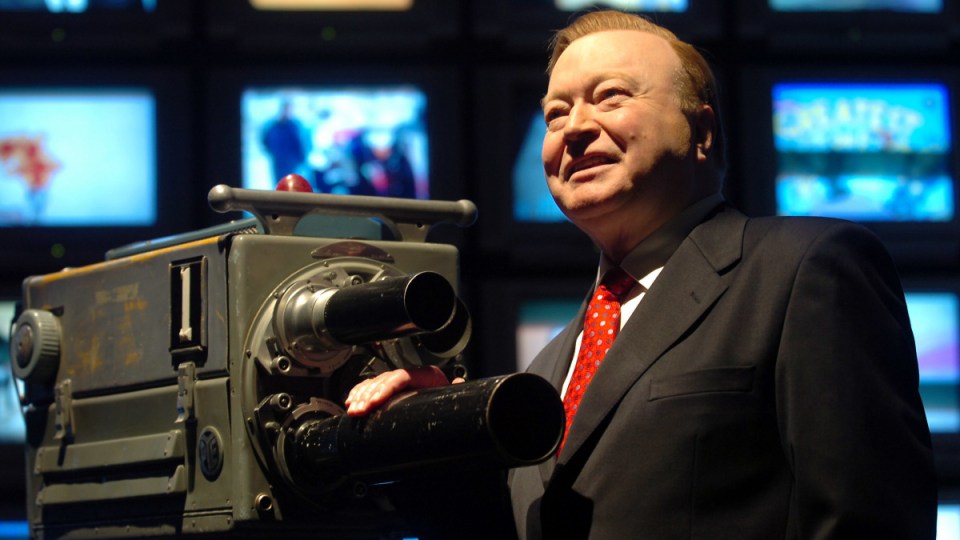 Bert Newton was a legend of Australian television whose career endured across the generations. Photo: AAP

A legend of Australian television, Bert Newton, who endured on our screens for more than five decades and reached new generations of audiences, has died age 83 after battling ill health.

One of the biggest personalities in entertainment and one of the most recognisable faces, known affectionately as Moonface, Newton had an award-winning career across radio, TV and the stage and worked for all four TV networks.

As recently as 2018, he hosted the Logies for which he was synonymous having presented the entertainment awards a record 19 times (and won 15 times, including four Gold Logies).

The giant of the entertainment industry died on Saturday at a private clinic in Melbourne and his passing was confirmed by the Nine Network with which Newton was longest associated.

He had suffered dramatic ill health in recent years, including quadruple bypass heart surgery in 2012, and in May this year had a leg amputated due to a life-threatening toe infection.

“I don’t know that I’m ready to accept this yet. Today I lost a mentor and friend, our country lost an icon, but most importantly a family has lost their hero and soul mate,” McManus said.

Prime Minister Scott Morrison said Newton “was from the golden era of television when we all seemed to watch the same thing”.

“Bert could give and take a joke. He could laugh at himself. I’m sure that’s what made Australians warm to him as much as we did. Even when a joke misfired, he had that ability to scramble in a way that made us laugh, and put everyone at ease.”

Albert Watson Newton was born on July 23, 1938, in the working-class Melbourne suburb of North Fitzroy, with dreams of becoming a tram driver.

His media career began at the age of 12, when he fell into casual work writing radio plays and reading commercials on 3XY in Melbourne.

By the time he was 14, Newton had a paid Saturday-morning gig as a clown on the station’s children’s show and at 17 he graduated to TV on Seven’s The Late Show. He was poached by Nine two years later.

It was at Nine that Newton’s fame reached stratospheric levels. What started as a guest appearance on In Melbourne Tonight in 1957 became a regular gig, playing the straight man to the anarchic Graham Kennedy.

It was a relationship what would span three decades – including The Graham Kennedy Show – and write both men’s names in Australian television folklore.

However, the stress told on Newton and in 1964 he suffered a nervous breakdown that forced him off the screen for two years.

But he was soon back with Kennedy, reprising his role on In Melbourne Tonight.

When Kennedy left Nine under controversial circumstances in 1975, Newton stayed, where his role as second banana was reprised in the Don Lane Show.

It was Don Lane who christened Newton “Moonface”, a nickname that stuck.

However, Newton’s 49 years on television was not all laughs.

When the Don Lane Show wound up in 1983, Newton’s star was fading.

In 1984 he hosted Tonight with Bert Newton on Seven. But the show had no legs, Newton’s brand of humour looked old hat, and his career in television was on the wane.

But Newton could not stay out of television for long, and in 1993 he received a lifeline from Channel 10 when he was asked to host Good Morning Australia.

GMA ran for 14 years and 3200 episodes before winding up in 2005, and cemented Newton’s place in Australian television history.

Newton’s ability to keep things fresh, to constantly challenge himself and his audience, and to maintain a television career over more than five decades garnered respect from younger entertainers.

His career, which earned him an AM and MBE, also spanned radio and theatre.

On stage, he played roles in the musicals Wicked, Annie, Grease, and as narrator in The Rocky Horror Show.

Despite the richness of his career, Newtown is probably best remembered for a single, stand-out moment – his breath-stopping 1979 Logies gaffe with boxer Muhammed Ali.

Newtown maintained no racial slur was intended when he laughingly said to the heavyweight champion: “I like the boy” – a moment which has been replayed endlessly on Australian TV.

The term “boy”, while innocent in Australia, has racist connotations in the US, and only a quick ad-lib by Newton saved him from an unfavourable reaction from Ali.

‘Love of my life’

Family was central to Newton throughout his life, providing a counterweight to the strains of the entertainment business.

Despite the success with In Melbourne Tonight, Newton continued to live with his mother until marrying fellow performer Patti McGrath at the age of 36.

Patti provided stability in Newton’s often chaotic working life, and many friends and associates credit her with the longevity of Bert’s career. The couple were married for more than 45 years and she described her husband as ‘the love of my life’.

Their commitment endured even when Newton was declared bankrupt in 1993 from a gambling addiction, owing a million dollars ($70,000 to one bookie alone).

The family also suffered unwanted media attention in the years before Newton’s death, with his son Matthew linked to the assault of more than one ex-girlfriend.

A love of television continued to drive Newton in later life, long after contemporaries had given up the game. In 2006 he returned to the Nine Network, hosting shows including Bert’s Family Feud, 20 To 1 and What A Year.

In a 2002 interview with The Sydney Morning Herald, Bert Newton said he was not the “sort of person” to retire and take it easy.

“I want to go on for as long as I possibly can. I mean, if the signs were obvious that it doesn’t work for me anymore, if it wasn’t happening, then I would have to make the decision to get out. But I still enjoy the television world,” he said.

“I made a pledge to myself many years ago that so long as I still feel passionate about what I do I would continue doing it. Because I love to entertain. I know that sounds a cliche, but it’s true.”

Bert Newton is survived by wife Patti and children Lauren and Matthew.