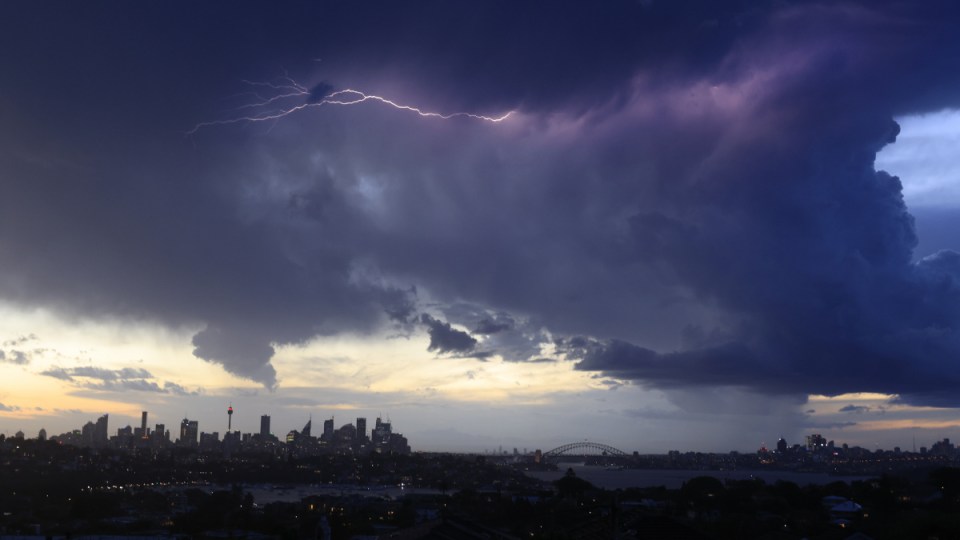 There are warnings of dangerous storms developing across much of NSW, Victoria and South Australia – which has already been battered by giant hail and heavy rain.

It comes after Victorians were told to be ready for thunderstorm asthma, with the state’s south-west, Wimmera and Mallee districts the focus of the concern.

Large hail, lightning, and extreme rainfall hit parts of South Australia earlier on Thursday, with flash-flooding and damaging winds across the state.

According to the Bureau of Meteorology, heavy rain, gusty winds and severe thunderstorms will develop across Victoria on Thursday night and Friday morning.

“A low-pressure system will intensify over south-western Victoria today resulting in a vigorous north-west to westerly flow across the State before contracting to the southeast during Friday,” BoM said.

People in Victoria’s central, East Gippsland, Mallee, south-west, north central, West and South Gippsland, Wimmera and parts of the north-east regions can all expect a battering.

Flash floods are also forecast in the regions.

The weather will continue into Friday, with BoM forecasting north to north-westerly winds over the eastern ranges with gusts of of 100-120km/h about the higher peaks.

In NSW, there are similar warnings for the south-east and north-west. The worst of the weather will hit on Thursday night and last into Friday morning.

On Thursday afternoon, a severe storm had already hit the Coffs Harbour area, with more storms predicted in the east.

“Winds are expected to ease over the west on Friday morning, with this easing trend spreading to eastern parts during Friday afternoon and evening,” BoM said.

The wild conditions in SA had also brought unstable conditions through western NSW, BoM said, with the upper western region expecting to be the hardest hit.

Locations that might be affected include Tibooburra, Cobar, Bourke, Broken Hill, Menindee and Brewarrina.

In South Australia, severe thunderstorm warnings were issued for large areas of the state, with people in Adelaide expecting a continual battering throughout Thursday.

In the 24 hours to 2pm Thursday, there were more than 70,000 lightning strikes, BoM tweeted.

“Severe thunderstorms are likely to produce damaging wind gusts in excess of 90km/h, large hailstones and heavy rainfall that may lead to flash flooding in the warning area over the next several hours,” it said.

Severe thunderstorm warnings were issued in the Lower Eyre Peninsula and Kangaroo Island districts but were later cancelled.