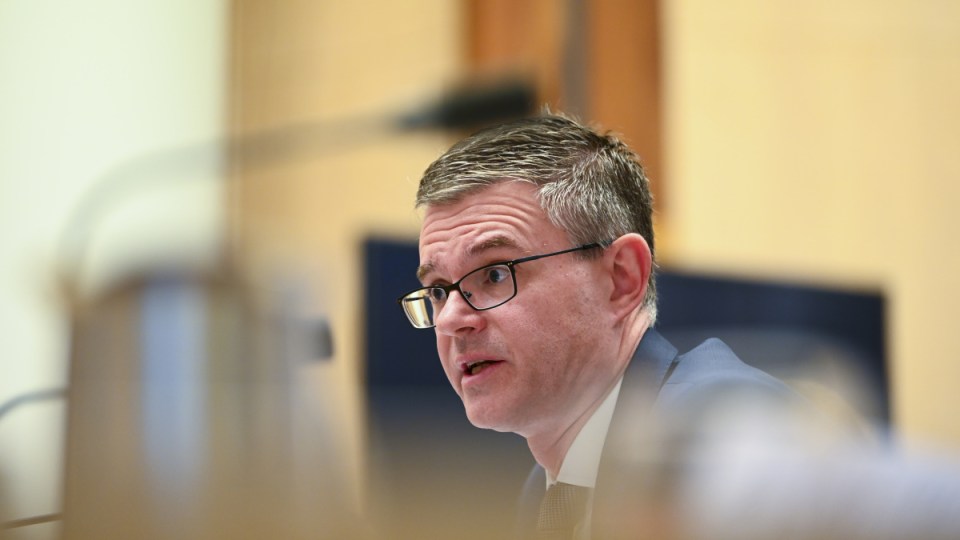 Top-ranking bureaucrats in charge of federal parliament have not watched a 13-minute training video created after the alleged rape of a former Liberal staffer.

The Department of Parliamentary Services signed off last week on new procedures for responding to serious incidents in the building.

The material was produced after ex-ministerial adviser Brittany Higgins went public in February with allegations a former colleague raped her in parliament house in March 2019.

DPS secretary Robert Stefanic and one of his deputies, Cate Saunders, confirmed at a Senate estimates hearing on Monday they have not watched the video.

Security branch assistant secretary Leanne Tunningley, who signed off on the training, is the only executive to have seen it.

Mr Stefanic and Ms Saunders intend to view the training video, which is designed for parliamentary security officers.

“I don’t want to leave you with the impression that we’re not taking this seriously,” Mr Stefanic said.

“We’ve dedicated, I think I could confidently say, hundreds of hours into ensuring that our policies and processes are robust and that we have made improvements.

“I wouldn’t characterise not having seen the video as being not concerned about the seriousness of this.”

He said the video was a visual aid for written training material over which executives had oversight.

“I just thought something like this that has come out of the whole Ms Higgins saga, maybe the secretary and deputy secretary would have watched the video,” she said.

Mr Stefanic said a serious incident was defined as something that causes harm, including people appearing to be affected by alcohol or drugs behaving in a way not suitable for work.

Factors include people being visibly distressed, undressed, engaging in sexual behaviour, engaging in or being the victim of verbal or physical abuse and illegal behaviour.

Bruce Lehrmann has been charged with sexual intercourse without consent over the March 2019 incident involving Ms Higgins.

He has instructed his defence to enter a plea of not guilty with the case due to return to court on November 5.