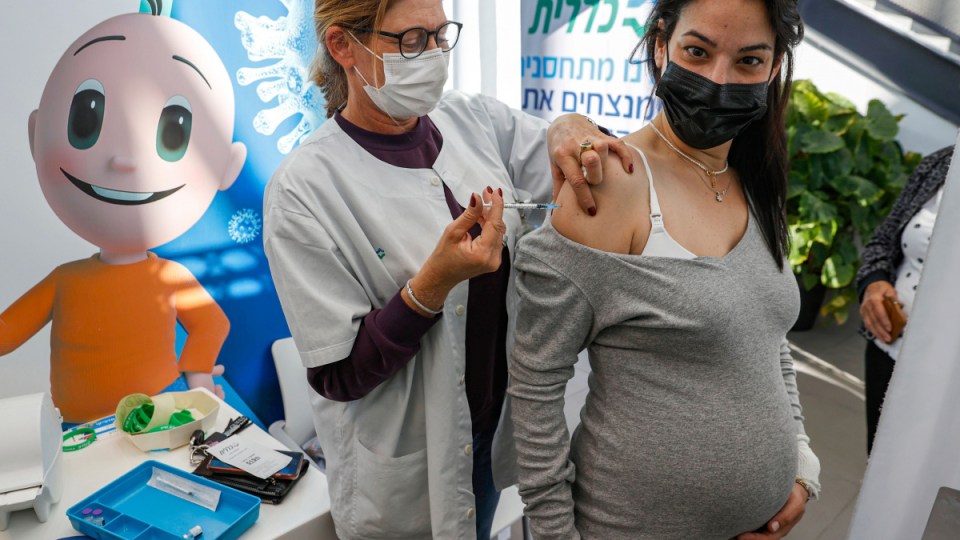 There is no reason and no excuse, not even for the pregnant, to avoid doing the right thing. Photo: Getty

The federal government is launching two new coronavirus campaigns – one aimed at vaccination stragglers and the other focused on Australia’s first people.

The campaigns come as Australia passed 34.2 million vaccinations, reaching 86.6 per cent first doses for those aged 16 and above and 73.1 per cent for those fully vaccinated with two doses.

Australia’s vaccine rollout co-ordinator John Frewen said the new campaign, “Spread Freedom”, is focused on that last 10 to 15 per cent of the nation who are yet to come forward and get vaccinated.

“It is designed to really highlight the close links between vaccination and either regaining those freedoms that we all want to enjoy, or protecting those freedoms in the states where we haven’t yet seen outbreaks,” Lieutenant General Frewen told reporters in Canberra on Sunday.

“If you want to be fully protected before Christmas, then you need to start coming forward now to get that first dose to get the whole process done.”

The second campaign, “For All Of Us”, is aimed at Australia’s indigenous people.

He said more than 60 per cent of First Nations people had had their first dose and close to 50 per cent were fully vaccinated.

“Still a long way to go, but for the past fortnight now, the first dose rates for Indigenous Australians have exceeded the national first-dose rates, which is very encouraging,” Lieutenant General Frewen said.

Parts of Australia now exceed 90 per cent in terms of single dose vaccinations, which former deputy chief medical officer Nick Coatsworth says should see COVID-19 lockdowns become a thing of the past.

“If we see hospitalisation rates continue to decrease, despite NSW opening up, then it would be very difficult, in fact I don’t think anyone would suggest you would need more lockdowns in that sort of situation,” Prof Coatsworth told Sky News’ Sunday Agenda program.

“If hospitalisation rates increase you might see more targeted restrictions coming back.”

NSW, Victoria and the ACT have emerged from lengthy lockdowns in the past couple of weeks.

Prof Coatsworth said children needed to be back at school whether they were vaccinated or not, noting the deep state of anxiety among parents during lockdowns.

“It is overwhelmingly a mild disease in children. There are far more serious infectious diseases in children than COVID-19,” Prof Coatsworth said.

“Ultimately, the biggest damage that we are doing at the moment is having kids not at school”

He struggled to see the justification of schools opening, then quickly closing again when there was an infection.

“Yes, there are going to be infections in schools, but let’s not close the entire school down because of one infection, let’s rapidly test the close contacts of that individual child,” Mr Tudge said.

NSW Premier Dominic Perrottet is confident the return of students and teachers in his state on Monday will go well, although concedes there will be challenges.

“We’ve had a number of schools close but the alternative is to keep all schools closed. We’re not doing that,” he told reporters in Sydney.

In Victoria, Premier Daniel Andrews announced a further easing in restrictions for Friday when the state is expected to reach an 80 per cent double-dosed vaccination rate.

The state reported 1935 new infections and 11 deaths on Sunday, while the ACT announced nine cases.

Almost there: Fresh ad campaigns target the 15% who have skipped their jabs