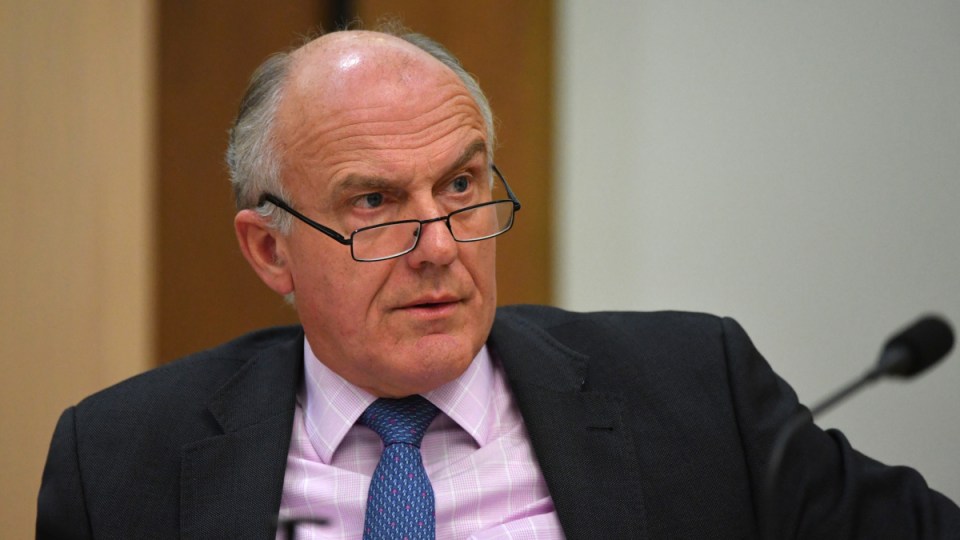 Tasmanian Senator Eric Abetz has challenged the outcome of the 29th Annual Ernies Awards for Sexism, vehemently denying he ever made the comments that netted him the top gong.

The Liberal Party stalwart was on Tuesday night awarded the Gold Ernie at a virtual ceremony in Sydney.

But he maintains the comments attributed to him — and first raised under parliamentary privilege by a Tasmanian state MP — are completely untrue.

In March last year, the speaker of the Tasmanian parliament Sue Hickey recounted to parliament what she said was a conversation with Senator Abetzat at a Hobart City Council citizenship ceremony.

During this conversation, she asked if a federal minister accused of a historical rape was Christian Porter, who later outed himself and denied the claim.

“The senator quickly responded that yes, it was the first law officer of the nation, Christian Porter, but not to worry, the woman is dead and the law will protect him,” she told parliament.

Ms Hickey then alleged Senator Abetzwent on to talk about the claim made by former Liberal staffer Brittany Higgins that she was raped in Parliament House.

“He then said ‘as for that Higgins girl, anybody who is so disgustingly drunk who would sleep with anybody, could have slept with one of our spies and put the security of our nation at risk’,” she told parliament.

Senator Abetz at the time denied he had said anything of the sort.

“Allegations of rape are serious matters and have always been treated as such by me. Sexual assault is an issue on which I’ve been consistently outspoken including domestic violence,” he said.

The Ernies Awards, which were founded by ex-NSW Labor MP Meredith Burgmann as a bit of a joke, are held each year to highlight sexism and inappropriate speech.

Because of COVID-19 restrictions, this year’s Ernies awards were held virtually, with a “council of elders” judging quotes sent in from over 3000 women.

He shared the Political Silver Ernie for his comments about seeking his wife’s advice after Ms Higgins’ allegation emerged.

“Jenny and I spoke last night and she said to me you have to think about this as a father first. What would you want if it were our girls? … Jenny has a way of clarifying things”.

Mr Morrison also won “The Trump” repeat offender award for that comment and two others.

One was his comment to the federal parliament on the Women’s March4Justice.

“This is a vibrant liberal democracy, Mr Speaker. Not far from here, such marches, even now, are being met with bullets, but not here in this country,” he said.

Dr Burgmann said it was remarkable that what began as a joke had become an institution known around the world.

“Coming into our 30th year, it is important to remember that although the Ernies are entertaining and often comical, they have a serious intent which is to remind Australians that women are still not equal and are subjected to shockingly prejudiced views and remarks.”