October – In the lead up to the COP26 summit in Glasgow, comedian Dan Ilic puts up billboards in Times Square attacking Australia's record on climate action. Photo: Getty

What started as a campaign to erect a single billboard near the COP26 summit in Glasgow next month has snowballed into a climate-themed takeover of Times Square in New York City.

And thanks to the enormous number of donations, there’s more to come.

The crowdfunding campaign has so far raised more than $150,000, and now Dan Ilic is eyeing billboards in key electorates around Australia.

“For over a decade, this government has been delaying, destroying, dismantling, destructing any kind of climate action,” Ilic told The New Daily.

“And right now, in October 2021, they all of a sudden want a f—ing ribbon to say they’re going to be good climate actors.”

The billboards in New York City and Glasgow are intended to simultaneously shame the Australian government into doing more to combat climate change, as well as raise global awareness about Australia’s environmental footprint.

One of the projections on the Times Square billboard (which cost $16,000 for a 10-minute slot) was created by a major, anonymous donor.

In plain English, it apologised to the rest of the world for the Australian government’s climate change track record.

“I think that’s a real nice sentiment, and that is the whole meaning of why we did the campaign,” Ilic said.

“It’s about telling the world that we, as Australian people, are apologising to the world because our government is such a bad actor.”

The next stage is to plaster similar billboards in key electorates around Australia.

So far there’s been a billboard on the Great Ocean Road in Torquay, and another one in the Victorian Nationals stronghold of Horsham.

Ilic has even booked a billboard in Armadale, “so hopefully Barnaby [Joyce] can drive past it every day”.

He’s also planned a billboard in the Melbourne suburb of Hawthorn, which falls within the Treasurer’s own electorate of Kooyong.

The comedian was coy on the design, but said it would be “a nudge and a wink to Josh Frydenberg”. 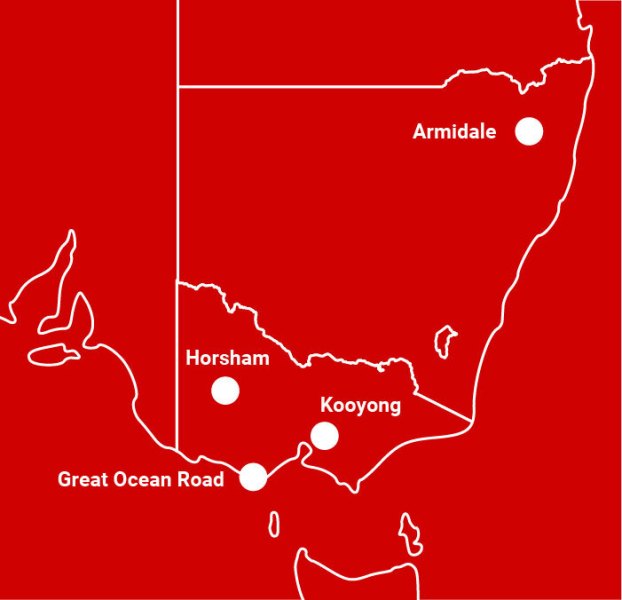 The plan is to keep calling out the Australian government’s climate change record in the lead up to COP26, and then until the next federal election.

“Having a government held captive by a fossil fuel industry is not unique to Australia,” he said.

“So the battles that we are facing in Australia are being replicated all around the world.”

As for the original billboard location in Glasgow, it’s been scrapped in favour of an even more prominent spot, right across the river from the SEC Centre where Scott Morrison will meet with world leaders for COP26.