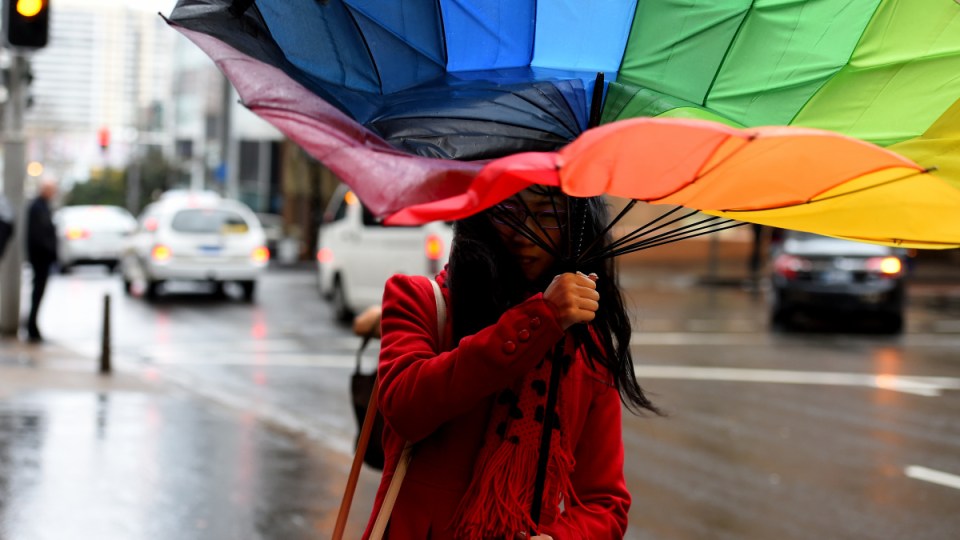 The weather bureau warns more extreme weather is on the way for Victoria. Photo: AAP

NSW and Queensland residents have been warned to prepare for severe thunderstorms as wild weather is expected to hit on Thursday.

A deep low-pressure system pushing in from the west is likely to bring heavy rain, damaging winds and giant hailstones to much of the eastern coast of Australia, the Bureau of Meteorology said.

Multiple thunderstorms, flash flooding, and even tornadoes are predicted – within the hour.

At 4 pm, the BoM NSW reported a “very dangerous storm” was tracking across the state and would soon “impact the major population centres”, including Sydney.

“It will be a little bit hit or miss. Storms often tend to change track as they move towards the coast,” BOM’s David Wilke said.

“We have a very changeable, dynamic situation so the best bet is really to just keep an eye on the radar.”

The region along the eastern seaboard between Grafton and Bateman’s Bay is likely to be hit hardest.

But the storms will also stretch inland, with Armidale, Tamworth and Goulburn also in the firing line.

The BOM warned the storms in NSW will be “fast-moving”.

The most dangerous storms will be across NSW and Queensland, Weatherzone said.

The BoM reported thunderstorms were developing near Gympie in Queensland as of 3.30pm (AEST), and were moving towards Pomona.

Early morning thunderstorms have also already deposited up to 30 millimetres of rain on parts of Canberra, with more likely on Thursday night.

Moderate to heavy rain is expected on southern parts of the western slopes in NSW, including the central west, south-west slopes, eastern Riverina and Alpine.

Recent rain has left catchments in those areas wet and many dams are near capacity, so there’s the potential for more rain to cause rivers to rise and flood.

Conditions are expected to begin easing after Thursday, but there’s still the possibility of more thunderstorms on Friday.

Tornado warning as storms close in on Sydney