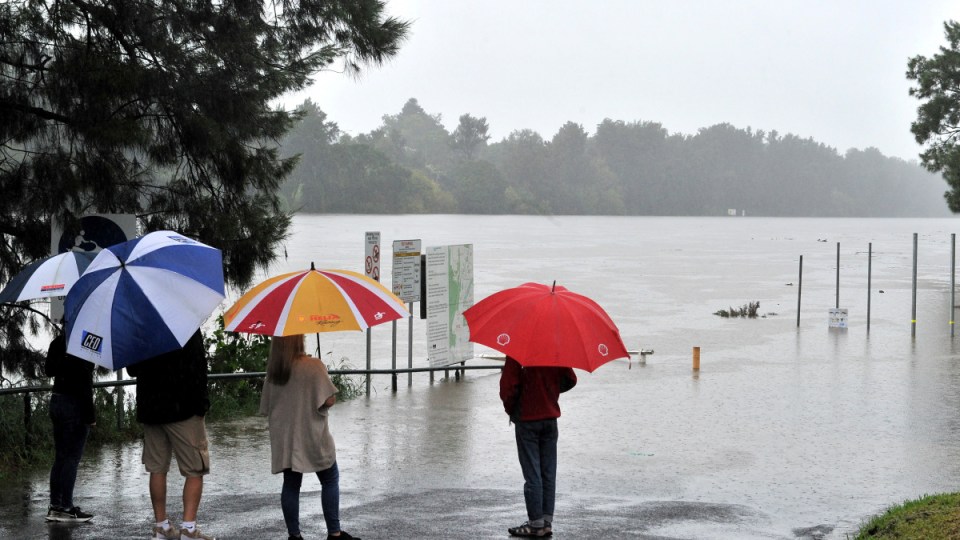 The east coast of Australia is forecast for a significantly wet week, with prolonged rain and thunderstorms predicted to last to the turn of the weekend.

NSW will be hit hardest by heavy rainfall, with its north-east expected to be soaked with up to 100 millimetres of rain, while Sydney, Melbourne and Brisbane will also be hard-pressed by wild weather until Saturday.

Rain battered Sydney on Monday, with residents unlikely to get a reprieve until Friday despite NSW’s long-awaited reopening to vaccinated residents.

The weather bureau has also predicted severe thunderstorms for some parts of NSW, with severe weather warnings across the state.

“A cool change is moving across the state bringing showery rain and some thunderstorms. Some storms may become severe in the east and moderate to heavy rainfall is expected to build up in the north-east on Monday and Tuesday with a chance of flooding,” BoM NSW said.

Temperatures are predicted to drop and stay in the low to mid-teens all week.

The Bureau of Meteorology said flooding was likely for parts of north-west NSW from Monday, with flood watches also issued for the Murray and Lachlan rivers.

Byron Bay, Ballina, Tweed and Lismore will also get plenty of rain.

“In that area we typically see an average monthly rainfall of about 50 millimetres, but this week we will see a total of 100 millimetres – which is a massive downpour,” duty meteorologist Hugh McDowell said.

About 5-10 millimetres of rain is predicted each day in NSW – before 25 millimetres forecast on Sunday.

Meanwhile, in Victoria, Melburnians will be spared until Wednesday for the main event of showers and thunderstorms to begin.

Moderate to heavy rainfall is predicted across Victoria until Sunday.

According to BoM’s forecast, Thursday will be Victoria’s highest day of rainfall with up to 25-50 millimetres of rain estimated for north-east areas.

Coastal Victoria is expected to receive showers late on Monday before the south-eastern Australia settles in for a wet week.

In Queensland, an extensive cloud band across south-western and central-west areas brought significant rainfall on Sunday and has carried into Monday.

“As you can see, the north-west cloud band is now concentrating its effects on Queensland, the eastern part of the NT, and north-western and eastern NSW,” Weatherzone says.

Mount Isa has received 18 millimetres of rain so far with this system pushing across the state, while Charleville copped six millimetres on Monday morning, with more rain predicted.

Outback Queensland has also received light rain, with 3.8 millimetres on Monday morning – Longreach has already had more rain this week than it did in September and August combined.

Wednesday is expected to bring the worst conditions to Queensland, as storms and weather warnings engulf much of the state.

Canberra will also join the caucus of state’s and territories to be struck by powerful rain, with the potential of severe thunderstorms by mid-week.

East coast of Australia to be battered by rainfall, storms