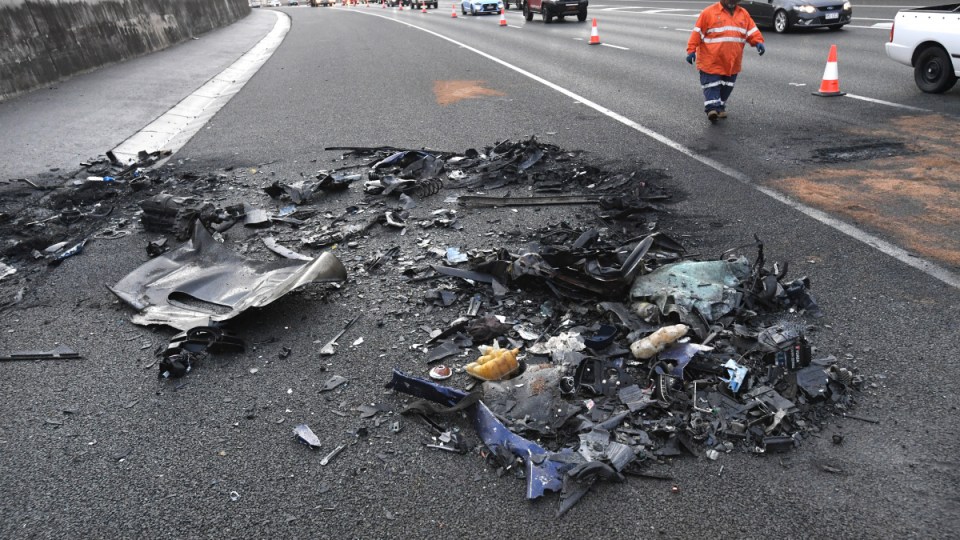 Debris on the motorway after the accident, which killed four people. Photo: AAP

Four people, including a child, are dead after a car travelling the wrong way on a Queensland highway collided with a four-wheel drive.

The fiery crash in the suburb of Redbank in Ipswich happened after a sedan hit the four-wheel-drive about 11.15pm on Wednesday.

The sedan was travelling east in the westbound lanes on the Ipswich Motorway, Queensland Police said.

The child was travelling with two adults in the four-wheel drive. All are yet to be formally identified.

The 34-year-old male driver of the sedan also died.

Child among four dead after wrong-way car collides with traffic