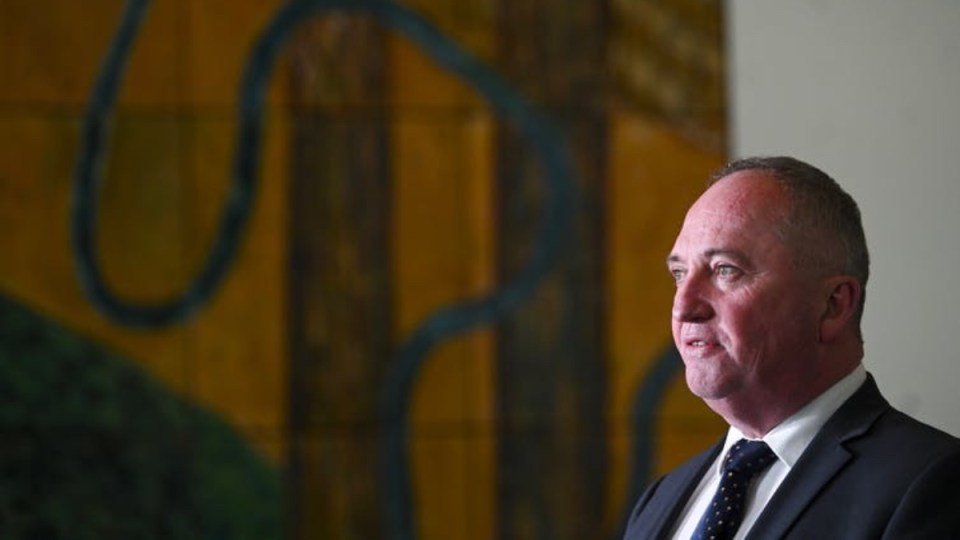 As debate heats up in Australia about adopting a net-zero emissions target, Nationals leader Barnaby Joyce and other key party figures have pointed to the UK energy crisis as a supposedly cautionary tale.

On the ABC’s Insiders program on Sunday, Mr Joyce expressed reticence about the net-zero policy, and said he was “perplexed there’s not more discussion about what’s happening in the UK and Europe with energy prices”. He went on:

A 250 per cent [price] increase since the start of the calendar year. A few days ago, 850,000 people losing their energy provider and a real concern over there about their capacity as they go into winter to keep themselves warm and even keep the food production processes going through.

Mr Joyce was clearly seeking to link the UK energy crisis to its climate target of reaching net-zero emissions by 2050.

So are they right? To find out, The Conversation approached Aimee Ambrose, Professor of Energy Policy at leading UK policy research centre The Centre for Regional Economic and Social Research, and an expert adviser to the International Energy Agency.

Here, she explains the reasons for the UK energy crisis. And a spoiler alert: The nation’s net-zero target is not to blame.

It’s outrageous to suggest the current UK energy situation is the result of a rapid transition away from fossil fuels. It is primarily a gas crisis, fuelled by the nation’s slow transition to lower carbon sources.

The origins of the crisis are complex, and date back many years. Here are the five main factors at play:

Since the 1970s, the UK has become progressively more reliant on natural gas to heat our homes.

Until recently, gas (via central heating) has represented the most affordable way to heat homes. Before the crisis, electricity prices in the UK were consistently higher than gas, averaging 16p per kilowatt hour for electricity (versus 4p for gas). Gas is also used as a key fuel in UK electricity generation.

So gas was seen as affordable, reserves are plentiful in the North Sea and it’s a cleaner energy source than burning solid fuels such as coal.

The UK put all its energy eggs in one basket, leaving us at the mercy of price shocks.

2. Lack of diversity of renewable sources

Now let’s zoom out from home heating and look at the overall energy mix for the UK. The lack of diversity, and associated risks to energy security, are very clear.

Natural gas fairly consistently makes up about 40 per cent of the energy mix, oil about the same, renewables (primarily wind) about 15 per cent, followed by a small amount of nuclear energy and an even smaller amount of coal-based generation (although these figures can fluctuate quite significantly).

These statistics lay bare the UK’s heavy dependency on gas and oil and tardy progress towards a shift to renewables.

The above figure for renewable energy production looks more rosy than it is, thanks to very high wind energy output in Scotland.

In reality, total renewable energy generation in the UK lags behind many neighbours in Europe.

Greater renewable energy generation, from diverse technologies, would reduce the UK’s reliance on gas. But within the renewables sector, the UK has majored in wind power – again putting our eggs in one basket.

And even in relation to wind, our flagship renewable source, we lag far behind Europe in terms of output.

The UK’s exit from Europe last year also appears to have played a part in the crisis.

Gas prices in Europe are at record highs, but the European Union’s internal energy market – of which the UK is no longer part – allows member states to trade with each other in a way that balances prices out.

The UK, as an independent country outside the internal EU market, can take better advantage of low energy prices. But at times like these, when energy prices are very high, it is left highly exposed to price shocks.

In the UK, as with much of the EU, energy transitions are funded by energy consumers via a levy on their energy bills.

About 63 per cent of our energy bills are made up of charges to fund new energy infrastructure and other services provided by energy companies.

This means those who spend a higher proportion of their income on energy (such as lower-income households) will contribute more to funding the transition away from fossil fuels than their wealthier counterparts.

This is not a reason for the gas price crisis. But it creates a double whammy where 250 per cent increases in energy prices – which is what the UK is experiencing – meet hefty levies.

If consumers can’t meet these costs then the transition to lower carbon sources stalls and our fossil fuel dependency deepens.

The UK has about 2 per cent gas storage capacity, compared to about 25 per cent for most EU countries.

Back in March, the UK Office of Gas and Electricity Markets warned of the risk of a gas price surge.

The UK government, apparently distracted by the COVID pandemic, took no action.

This inertia, combined with low gas storage capacity, has compounded the nation’s vulnerability to the sharp price rise predicted by the energy regulator.

So could this happen in Australia?

Australia is steadily transitioning to clean energy – last year, renewables were responsible for 27.7 per cent of total electricity generation.

As the UK experience shows, a diversity of renewable sources offers the greatest scope for energy security and affordability – and avoiding the transition only increases the risks of plunging into crisis.

UK energy crisis has nothing to do with net-zero target. To suggest otherwise is outrageous