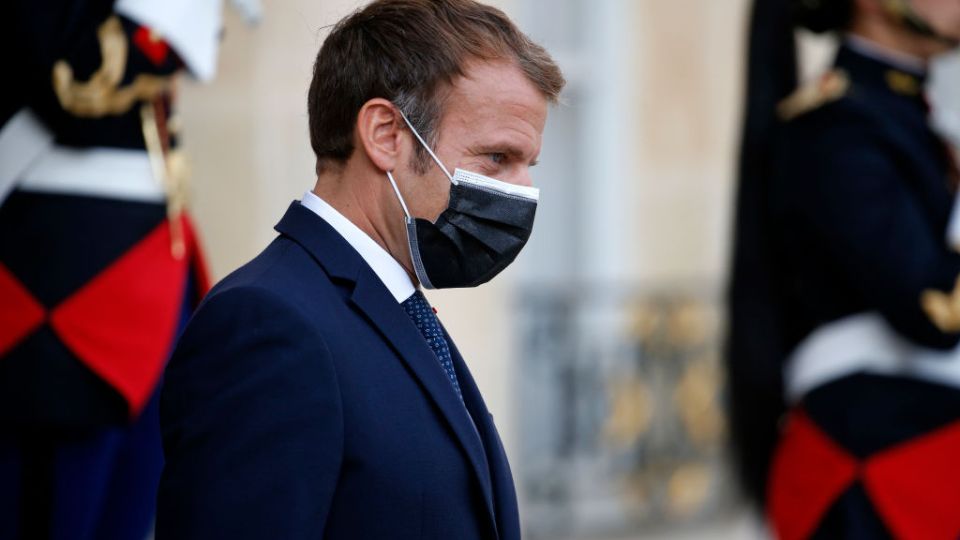 Ten days after the humiliation in the Australian submarine affair, Emmanuel Macron talked to Greece about a frigate deal.

French President Emmanuel Macron would be ready to speak with Australian Prime Minister Scott Morrison if the talks were “prepared in a serious manner,” an official says.

European countries must boost their defence plans and make themselves “respected,” Macron said on Wednesday morning as his country opened talks with the United States following a submarine contract dispute that led to a diplomatic crisis.

“Europeans must come out of their naivety,” Mr Macron said during a news conference in Paris where he spoke publicly for the first time about the AUKUS defence deal between the UK, US and Australia that sank a multi-billion French contract.

“When we are under pressure,… showing that we also have power and the capacity to defend ourselves… is simply making ourselves be respected”.

As part of the pact, Australia will cancel a contract to buy diesel-electric French submarines and acquire US nuclear-powered vessels instead.

In an unprecedented move, France recalled its ambassador to the US in response.

Ambassador Philippe Etienne will go back to Washington DC on Wednesday with a “clear mandate,” Mr Macron said.

He stressed he and US President Joe Biden agreed last week in a phone call to open in-depth consultations aimed at creating the conditions for ensuring confidence between the long-time allies.

Mr Macron said he is to talk again with Biden in mid-October, before a scheduled in-person meeting at the end of next month in Europe.

A French presidential official said no date has been set yet for the return of the country’s ambassador to Australia, who also was recalled.

The official said Mr Macron has not spoken with Morrison since the defence deal was announced but that the French leader was ready to hold discussions at some point.

“This conversation (between Macron and Morrison) needs to be prepared in a serious manner,” the official told reporters in a briefing.

“It’s not about whether there will be a conversation but in the current context we need a substantial conversation. We are preparing it.”

The United States are “great historical friends and allies in terms of values but we must see that for more than 10 years the Americans first focus on themselves and have strategic interests reoriented toward China and the Pacific,” Mr Macron said.

“We must, as Europeans, take our part in our own protection,” he said.

“It is not an alternative to the alliance with the US nor a substitute for it,” the president stressed, adding that European defence plans should come in addition to NATO.

The European Union plans to hold a defence summit next year; France takes over the bloc’s rotating presidency in the first half of 2022.

Nick Kyrgios is within touching distance of Wimbledon glory, but the road is daunting
WHO aid workers committed sex assaults during Ebola crisis
Today's Stories