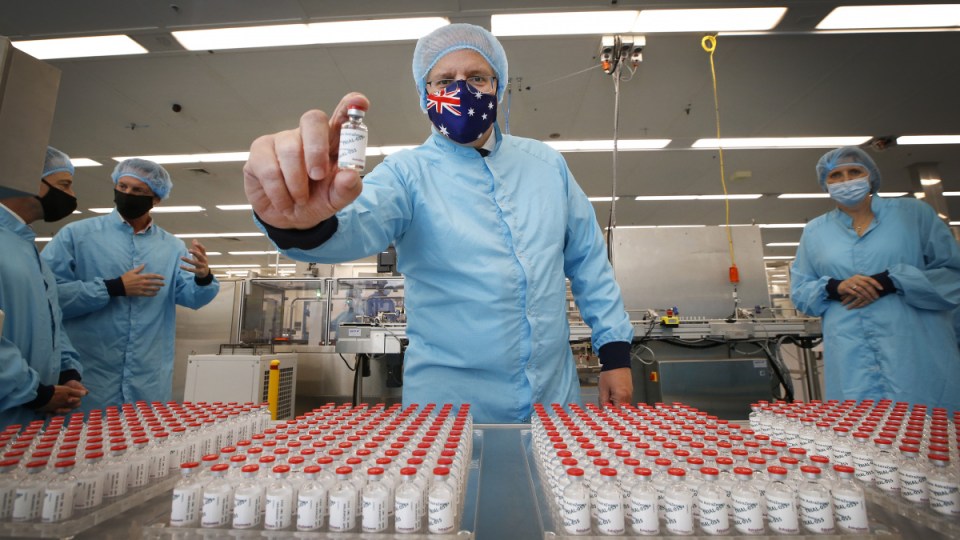 Pfizer became preferred for under 60s due to a rare blood-clotting condition linked to AstraZeneca. Photo: AAP

A leading member of Australia’s expert immunisation panel has told of his shock and surprise after Prime Minister Scott Morrison blamed its advice for slowing down the rollout.

Mr Morrison held a snap night-time news conference in April to announce changes to the immunisation program based on Australian Technical Advisory Group on Immunisation advice.

Pfizer became the preferred vaccine from people under 60 because of a rare blood-clotting condition linked to AstraZeneca.

Mr Morrison came under heavy pressure for the rollout’s pace after the decision, with critics slamming him for not doing more vaccine deals and relying too heavily on AstraZeneca.

In July, weeks after the age preference was lowered to under 50 for Pfizer, Mr Morrison said “very cautious” decisions from ATAGI had a massive impact on the rollout.

“It slowed it considerably and it put us behind. We wish that wasn’t the result but it was,” he said at the time.

On Tuesday, ATAGI co-chair Christopher Blyth told a Senate hearing of his reaction to the comments.

“I’m clearly not a politician. I’m someone who works as a technical expert for the Commonwealth government,” he said.

“I was shocked and surprised. I was surprised that given the context that we were in, that that advice was clearly levelled at ATAGI. I did not expect that.”

Professor Blyth said other members of the advisory panel were taken aback by Mr Morrison’s criticism.

“Clearly it’s much more complex than just an individual group of technical advisers. The program is a complex beast,” he said.

ATAGI did not brief Mr Morrison about the advice, which was relayed through Health Minister Greg Hunt, chief medical officer Paul Kelly and Department of Health boss Brendan Murphy.

Professor Murphy said everyone was frustrated by the emergence of the clotting issue.

He insisted the government followed ATAGI’s advice at all times.

“The slowdown in the rollout was due to the unexpected occurrence of thrombosis syndrome with the AstraZeneca vaccine, which led to a limitation in its use,” he said.

“It was an unexpected problem with the vaccine that led to that slowdown.”

He said he wouldn’t characterise the decision as ATAGI’s fault, but declined to comment on Mr Morrison’s comments.

Mr Morrison also previously said he was making a constant plea to ATAGI for different recommendations on the vaccine.

“ATAGI still has a preference for an mRNA vaccine in those aged under the age of 60, acknowledging that in outbreak settings actually there’s a greater imperative to access whatever vaccine one can.”