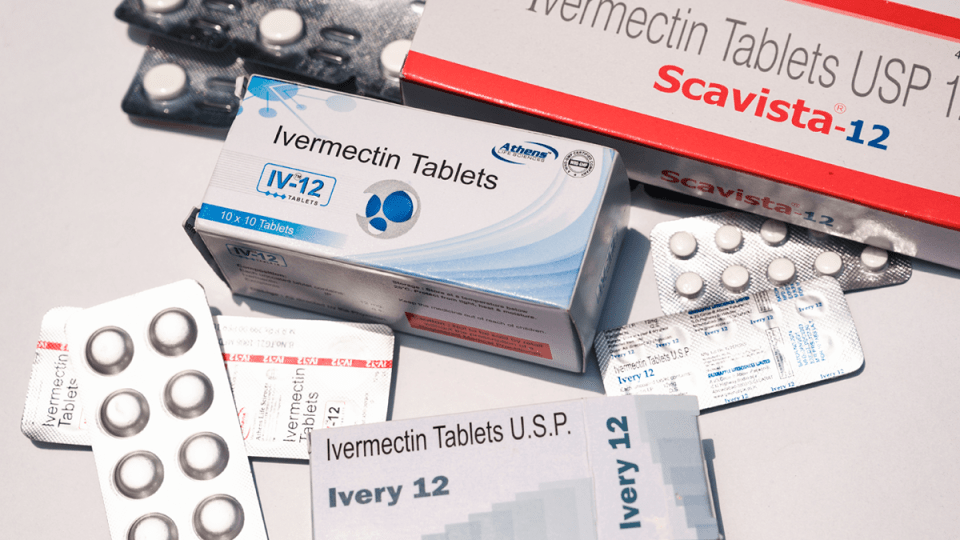 In April 2020, Monash University research fellow Dr Kylie Wagstaff was among the first scientists in the world to find the anti-parasitic drug Ivermectin was effective against COVID-19 – in individual cells, not humans.

Dr Wagstaff’s research remains ongoing, but a press release from that month that already warned against self-medicating had to quickly be tweaked to stop certain individuals from cherrypicking evidence to support their agendas.

The press release now includes notes like: “Do NOT self-medicate with Ivermectin and do NOT use Ivermectin intended for animals”, and “[t]he potential use of Ivermectin to combat COVID-19 remains unproven”.

Nevertheless, federal MPs Craig Kelly and George Christensen have been name dropping Dr Wagstaff and her research in Parliament more than a year later.

Professor Andrew McLachlan is the dean of pharmacy at the University of Sydney, and has been a prominent commentator on COVID-19 treatments throughout the pandemic.

He told The New Daily “it’s essential that we support researchers like Kylie”, because findings like hers were critical for developing new treatments.

“Of course, even Kylie and her colleagues from Monash have made the point that the concentrations that Kylie could study in a test tube are vastly different to what we see in the body after people receive normal doses of Ivermectin,” Professor McLachlan said.

“Kylie made the point that direct translation of her findings to clinical therapeutics does require more testing and understanding.

“I thought she actually spoke in a very balanced way about saying this identifies Ivermectin as a possibility, not as a treatment. A treatment, of course, as we said, needs further clinical testing.”

Professor McLachlan added there is now a phenomenon of people cherrypicking legitimate research for unscientific purposes.

That’s how you end up with people self-administering horse dewormer, among other things.

“What we’re finding is how people are selectively using information, which might suit their own views, or perhaps the views of other so-called ‘experts’ in the media, and in particular on social media,” Professor McLachlan said.

“To simply take a laboratory experiment and say we have a treatment really goes against every decision-making process we make about how we safely and appropriately use medicines and why.”

Dr Wagstaff was unavailable to provide comment for this story.

A Monash University spokesperson referred The New Daily to a statement issued in August that related to her ongoing research.

“Monash University is not in a position to communicate on the outcome of this work until it has been subject to rigorous peer review,” the statement read.

The university also stressed that people should not self-administer Ivermectin based on the research findings alone.

Queensland MP George Christensen has name dropped Dr Wagstaff while touting the potential for further research into Ivermectin in Parliament.

Meanwhile, NSW MP Craig Kelly has mentioned Dr Wagstaff in Parliament both before and after leaving the Liberal Party to join Clive Palmer’s United Australia Party.

“I firstly cited the example – I started, before I was interrupted – of Dr Kylie Wagstaff from Monash University, who discovered that Ivermectin kills COVID stone cold dead in a test tube,” Mr Kelly said in response to a point of order on August 30.

“I then went on to talk about Australia’s research and innovation.”

Although both politicians stressed the need for further research, they have also been accused of spreading COVID-19 misinformation in the past.

“It is disappointing to hear people in leadership roles fail to understand the importance of the regulator, and other expert groups like the national taskforce, who are looking at all this information with a genuine interest to find a treatment. They’re not trying to close things down. They would really like to find a treatment,” Professor McLachlan said.

One prominent Sydney gastroenterologist has administered off-label Ivermectin to his patients as part of a cocktail of drugs to deal with COVID-19.

In Parliament, Mr Kelly mentioned the Sydney gastroenterologist and Dr Wagstaff in the same breath.

Now that the Therapeutic Goods Administration (TGA) has banned such off-label use of Ivermectin, Mr Kelly is awaiting official approval for this dosage regime.

Anti-vaxxers and anti-lockdown protesters sent death threats and otherwise harassed staff at the TGA after the regulator banned the off-label usage.

“There is insufficient evidence to validate the use of Ivermectin in patients with COVID-19,” the regulator stated in August.

Professor McLachlan said drug cocktails including Ivermectin are likely to be only as effective as a placebo.

“All the evidence I’ve seen, including one of the recent clinical trials from that doctor that has been in pre-print, really leaves us with a number of unanswered questions because the study design didn’t have a control group. It was an observational study,” he said.

“So we would say it was a low-quality design that doesn’t give us confidence in knowing or not whether that’s an effective treatment.”

The cherrypicking of medical information is not limited to Ivermectin.

Everything from the wording of a Western Australian vaccine authorisation notice, to correspondence from the NSW chief health officer who cited the NSW Poisons and Therapeutic Goods Act 1966, have been used to conflate safe and effective COVID vaccines with supposedly-dangerous “poisons”.

“One of the anti-vaxxers got that correspondence – which is in the public domain – and said, ‘This confirms that the COVID-19 vaccines are poisons’,” Professor McLachlan said.

This was quickly debunked as yet another misinterpretation.

Experts hit back at ‘cherrypicking’ of Australian Ivermectin research