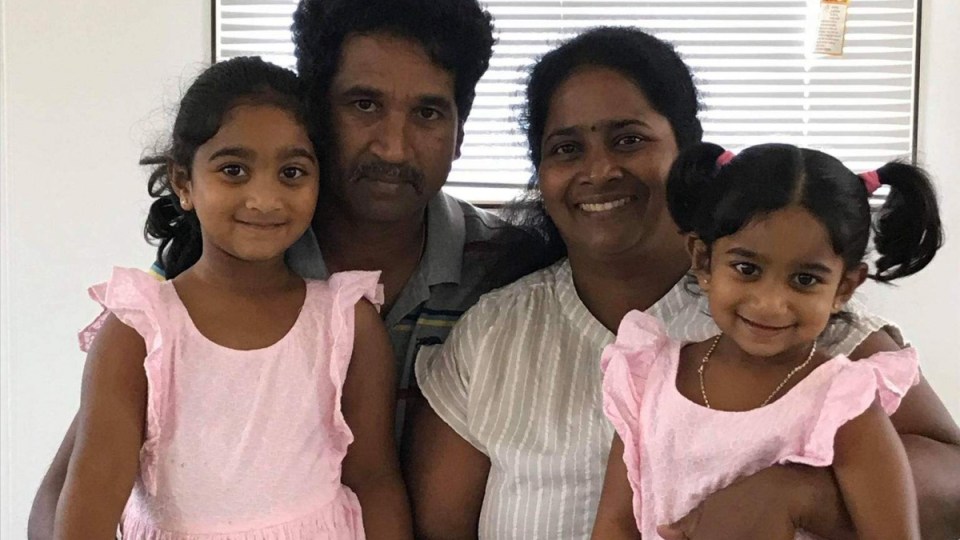 The Tamil family from Queensland seeking to stay in Australia have been granted temporary 12-month visas.

But there was no visa for their youngest daughter, Tharnicaa. That decision means the family would not be able to return to their former home of Biloela in Queensland, and will have to remain in community detention in Perth.

“It means that she’s under the community determination order, which effectively means that unless that changes they remain in [Western Australia] at the address designated,” Ms Ford said.

Thursday’s move came just a week after the family was told in a surprise development they would be offered three-month bridging visas. That offer also excluded Tharnicaa.

“Australian law gives Minister Hawke the power to bring this sorry saga to a close with the stroke of a pen, by issuing the same visa to four-year-old Tharni that he has granted to her mum, dad and sister,” she said.

“Just like her sister Kopika, Tharnicaa was born in Queensland, and that’s where she and her family belong.

“Experienced migration lawyers tell us they have never heard of a child being denied the same visa being granted to other family members in this way.

“There is simply no reason to deny Tharni a bridging visa other than to stop her family coming home to Biloela, where they are welcome, wanted and needed.”

The family have been living in Perth after years of detention, following the medical evacuation of Tharnicca from Christmas Island earlier this year due to a blood infection.

Kirstie Clements: The future of fashion is comfort, not whatever they’re wearing in Dune
Parcel delivery workers strike across Australia
Today's Stories