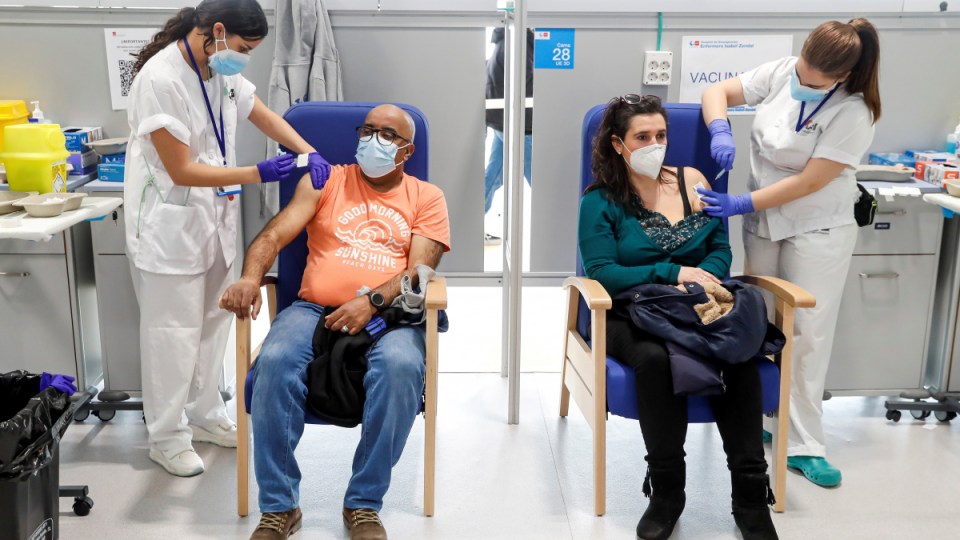 Stay-at-home controls may be needed even with vaccination coverage of between 70 and 80 per cent. Photo: EPA

Vaccinating 80 per cent of adults against coronavirus won’t be enough to end lockdowns, according to modelling urging Australia to immunise children as young as five.

While vaccinations are crucial, University of Melbourne epidemiologist Tony Blakely also flags they aren’t the only tool in the box.

“What the modelling shows is that at 80 per cent of adults vaccinated, life won’t be tickety-boo next year. We need to do more than that,” he told the ABC on Tuesday.

It comes as updated Doherty Institute modelling, underpinning a national reopening plan, predicted stay-at-home orders would be needed with double-dose rates of between 70 and 80 per cent.

Its initial advice compared outbreaks seeded with 30 cases. But the institute has now taken into account scenarios with hundreds and thousands of cases.

Its epidemiology director Jodie McVernon said conclusions about the 70 and 80 per cent vaccine goals remained robust under the updated model.

But “medium” public health safety measures should be retained during the transition between the targets in places like NSW and Victoria where new daily cases are in high numbers.

That includes staying at home except for essential purposes, retail and hospitality opening with density limits, working from home where possible and closed or graduated return to schools.

While border closures had been extremely effective, Professor McVernon said the Delta strain provided a reality check about the limited power of lockdowns and harsh restrictions in the future.

Australia has fully vaccinated 47 per cent of its population aged 16 and above, while 72 per cent have received a first dose.

Victoria had 607 more cases and another death on Tuesday.

There were seven new cases in the ACT on Monday, the first single-figure rise for almost a month.

Myrkl: The new anti-hangover pill said to break down up to 70 per cent of alcohol in an hour
Victoria’s construction industry shut down after ‘appalling behaviour’ at vaccine protest
Today's Stories