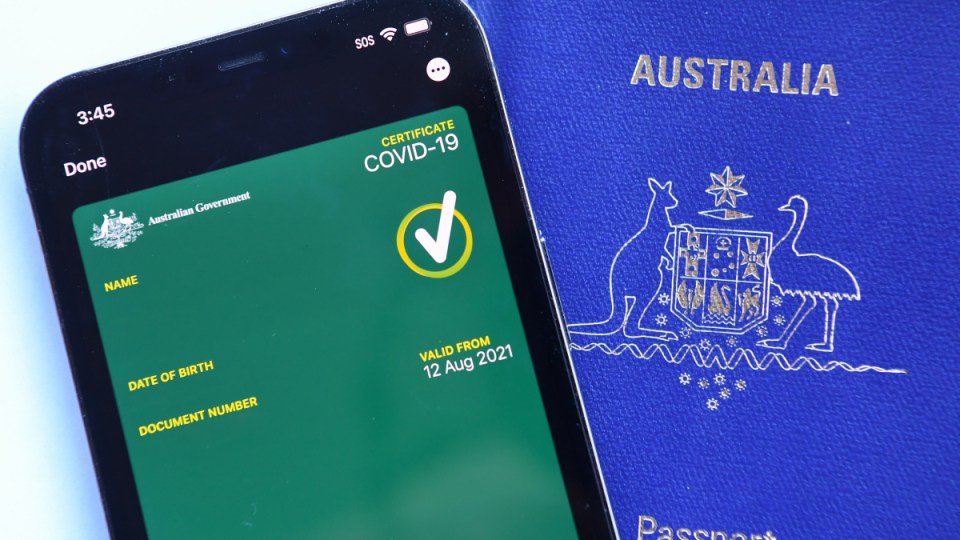 Travel is not expected to start until vaccination rates for people 16 and over reaches 80 per cent. Photo: Getty

Travel is not expected to start until vaccination coverage for people aged 16 and over reaches 80 per cent, which is likely months away.

The first international immunisation certificates will be rolled out in October with the federal government also working with other countries to determine which vaccines will be recognised.

A spokesman for Stuart Robert, the cabinet minister in charge of digital and data policy, said further details would be released soon.

“The Morrison government continues to work towards vaccine assurance standards that will be one element of enabling vaccinated Australians to move and travel more freely,” he said on Wednesday.

In the US, people with proof they have had World Health Organisation-approved vaccines – including Australian-made AstraZeneca jabs – can self-monitor and get tested after entering the country.

People without approved vaccines must quarantine for a week.

All travellers arriving in Australia must complete two weeks’ quarantine regardless of vaccination status.

“Home quarantine is where we go next,” he said.

State governments are also forging ahead with plans to link vaccination status to check-in apps which would allow people to be allowed into venues.

Labor is calling for a nationally consistent approach with forgery protections and assurances about data accuracy.

Opposition frontbencher Amanda Rishworth said if the Morrison government had succeeded with the COVID Safe app a national system would be possible.

“We have to ensure that everyone has had the opportunity to get a vaccine, and that is just not the case at the moment,” she told Sky News.

Mr Morrison said vaccine certificates would be needed to enter pubs, cafes and sporting events as well as being crucial for travel.

Australia has fully vaccinated 39 per cent of its over-16 population while almost 64 per cent have received a single dose.

Victoria had 221 new cases on Wednesday, while NSW had another 1480, as well as nine more deaths, as the two most populous states battle outbreaks.

In Canberra, which is also in lockdown, there were 20 new infections on Wednesday.

The federal government has rejected Labor premiers’ claims NSW was favoured in the vaccine rollout after it emerged the state received a greater share of doses than its population.