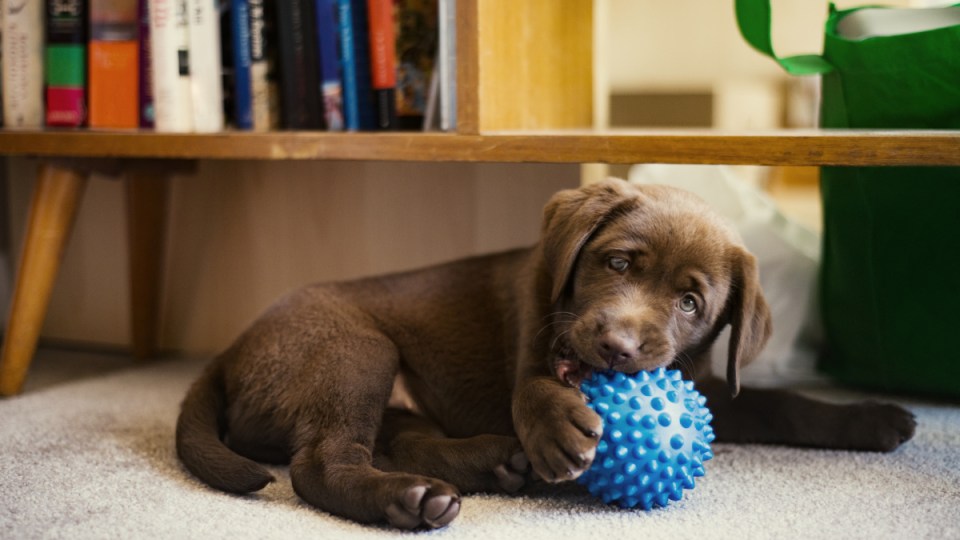 Australians are buying thousands of pets each week during the pandemic. Photo: Getty

Australians are buying thousands of pets each week as devastating lockdowns encourage us to seek extra support from furry companions.

One of Australia’s biggest animal welfare charities, PetRescue, says Australians started buying pets in their droves as soon as the pandemic started and the trend has shown no signs of slowing.

New South Wales in particular is going through a pet adoption frenzy: The number of pets adopted since July 26 is up 15.7 per cent on the previous three months and the total number of inquiries is up 54.5 per cent.

With many states yoyo-ing in and out of lockdown, Australians are spending more time at home and walking more regularly around their neighbourhoods.

This has resulted in record numbers of animals being adopted during the pandemic.

Before COVID-19, PetRescue would have an average of 9000 to 10,000 pets listed for adoption at any one time. But that number is now hovering between 4000 and 5000 as pets find new owners much quicker.

Pets are spending an average of 16 days with PetRescue before finding new homes, and some pets, including small dogs and puppies, are receiving hundreds of applications.

“One of the things about lockdown is, it makes people reassess their lives and look at what’s important,” Ms Davy said.

“I think that came through with pets. People who always wanted a dog but were waiting for the right time thought, ‘Why wait, why not now’.”

Amid sky-high demand for puppies, some shelters have been recording a spike in animal surrenders, which has caused some welfare groups to warn would-be-pet owners to think about post-lockdown life before adopting a new pet.

But statistics from the RSPCA released exclusively to The New Daily reveal the main reason people have surrendered their pets this year – unlike in previous years – is financial stress.

Between the start of this year and the end of April, 1540 pets were surrendered to the RSPCA, with 24 per cent of people saying they did this because they could not afford basic care.

That was followed by 12 per cent of people who said they had too many pets, 8 per cent who said it was because they needed to move, and 7 per cent who ticked a box labelled ‘other’.

A further 6 per cent said the reason they surrendered their pet was that they could not provide vet treatment.

This was a huge turnaround from 2019 when most (20 per cent) of the pets were surrendered because people had too many animals.

And contrary to recent reports, the data from the RSPCA suggests fewer pets were surrendered in 2020 than in 2019.

Ms Davy said the idea that people had irresponsibly adopted an animal during the pandemic and were now returning it was just “not true”.

“The idea that all the pets are being dumped, it is just not happening,” she said.

But PetRescue has seen an increase in people contacting them for financial help or guidance.

“One of our rescue groups does food packages for people. They’re currently doing 3000 meals each week for one area in Melbourne,” Ms Davy said.

She said those people forced to surrender their pets found it extremely difficult.