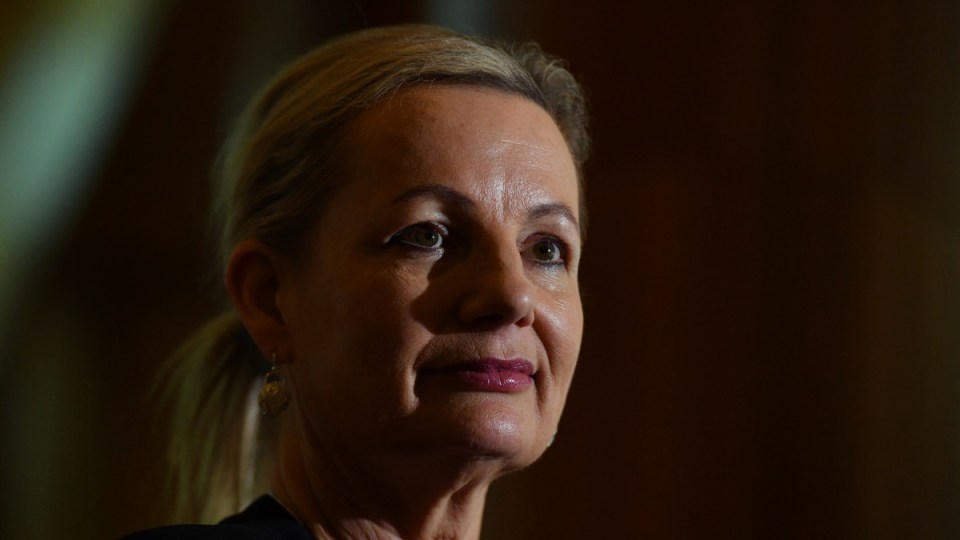 Environment minister Sussan Ley has walked back suggestions China pushed for the Great Barrier Reef to be listed as endangered. Photo: AAP

Australia’s environment minister is toning down criticism of China after securing a win on the Great Barrier Reef.

Sussan Ley has carefully walked back suggestions Beijing was responsible for an unsuccessful attempt to have the reef listed as endangered.

The Australian government previously claimed China tried to manufacture the outcome by placing pressure on the World Heritage Committee.

But after successfully lobbying to stop the UNESCO downgrade, Ms Ley has changed her tune.

“All I can report is what I saw in the meeting and actually the Chinese delegate went along with the consensus, the overwhelming consensus, which came from 19 out of 21 countries,” she told 2GB radio.

Ms Ley went on to claim “green politics” played a part, with various countries using the process to make a broader point about climate change.

“There was a fair bit of green bureaucracy politics, if I can call it that, which you often do find in some of these bodies,” she said.

“Particularly when they are centred on a big picture without understanding individual countries as well as they should understand Australia.”

UNESCO has given Australia another eight months to upgrade its protection of the reef before making a final decision, but is adamant the site meets the criteria to be listed as endangered.

The World Heritage Committee has called for accelerating action at all possible levels to address the threat from climate change.

Ms Ley refused to accept a downgrade was inevitable unless the government showed it was taking climate change and water pollution more seriously.

She acknowledged the reef was under threat but said it was not alone.
Ms Ley described the deferral as a win for “Team Australia”.

“An in-danger listing would have been a real kick in the teeth to our tourism operators who work so hard, our farmers, our fishers, our marine park managers,” she said.

“Farmers have to watch what they do on their farms so the water quality going into the inshore reef is good, fishers have to report back, marine park managers make sure they kick out anyone who shouldn’t be there.”

The reef has been under the threat of downgrade for several years following several mass bleaching events, with government scientists rating the outlook as poor to very poor.

Environmental groups have described the deferral as a victory for cynical lobbying efforts rather than science or the reef.