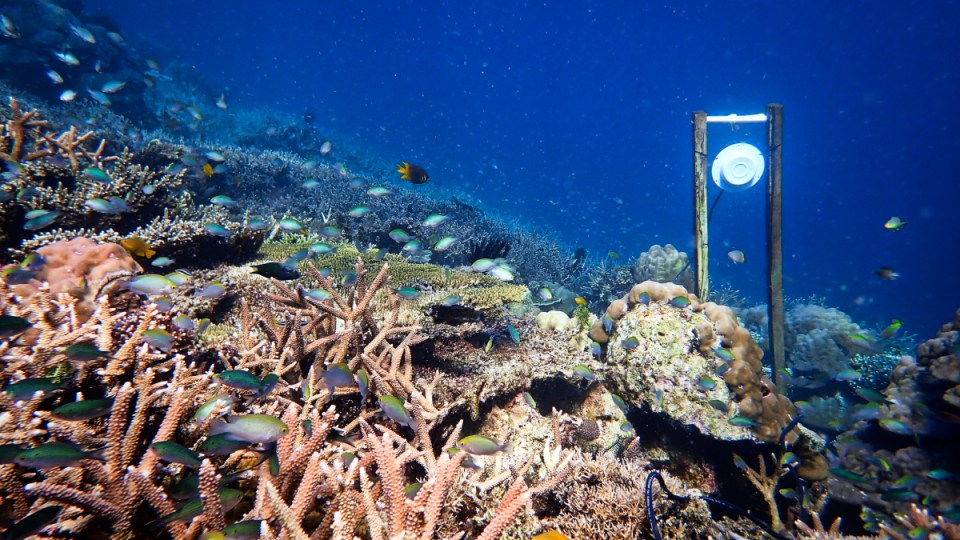 Where once an underwater garden bloomed, now only the stark bones of dead corals. Photo: Getty

Australia has succeeded in its all-out effort to have a UNESCO committee delay a decision declaring the Great Barrier Reef an ecological disaster zone.

The postponement can’t now be listed as a World Heritage site “in danger” until 2023, with Australia only required to file a progress report to UNESCO by February 2022

The UNESCO World Heritage Committee met both virtually and in the Chinese city of Fuzhou to vote on the draft decision on Friday night AEST.

Federal politicians have lobbied against the proposal, fearing it would hurt the image of natural wonder which is one of the jewels of Australia’s domestic and international tourism sectors.

Environment Minister Sussan Ley flew to several countries and gained enough support to override the listing recommendation, with 12 countries moving a motion to reconsider it in 2023.

Some federal MPs have suggested the decision to vote on the Reef’s World Heritage status could be influenced by the Chinese government.

The director and president of the 44th committee session, China’s vice-minister of education Tian Xuejun, rejected speculation that the listing proposal was related to politics.

“Australia, as a member state of the World Heritage Committee, should … attach importance to the opinions of the advisory bodies and earnestly fulfil the duty of World Heritage protection instead of making groundless accusations against other states,” he said on Sunday.

Tian noted the Reef vote is based on data provided by Australia and recommendations from an advisory body.

The draft decision says Australia’s long-term plan for the reef “requires stronger and clearer commitments, in particular towards urgently countering the effects of climate change”.

Ms Ley told the virtual meeting on Friday night that downgrading the Reef’s status before the committee had finalised its own climate change policy made no sense.

“Delegates, we ask only two things: time for experts to see first hand our commitment to the Reef, its present condition and our management, and for the final climate policy to provide a consistent framework for addressing the impacts of climate change on all World Heritage properties.”

Greenpeace said UNESCO’s failure to declare the Reef in danger was a “missed opportunity to shine a light on the federal government’s neglect of a natural wonder that remains at great risk due to the impacts of climate change”.

Greenpeace Australia Pacific CEO David Ritter said the government had abandoned its obligations to protect the Reef and the UNESCO decision was “a victory for one of the most cynical lobbying efforts in recent history”.

“Jetsetting around the world, at great expense to taxpayers, to block a decision that would demand climate action is a slap in the face to all Australians who love and care about our beautiful Reef.”

“That’s the signal to people right around the world that the Reef should be on their bucket list,” he told reporters on Friday.

“And there are billions of dollars of our economy, tens of thousands of jobs reliant, directly and indirectly, on the Great Barrier Reef, and so we do want to retain that recognition.”

The Great Barrier Reef has been listed as a World Heritage Site since 1981.