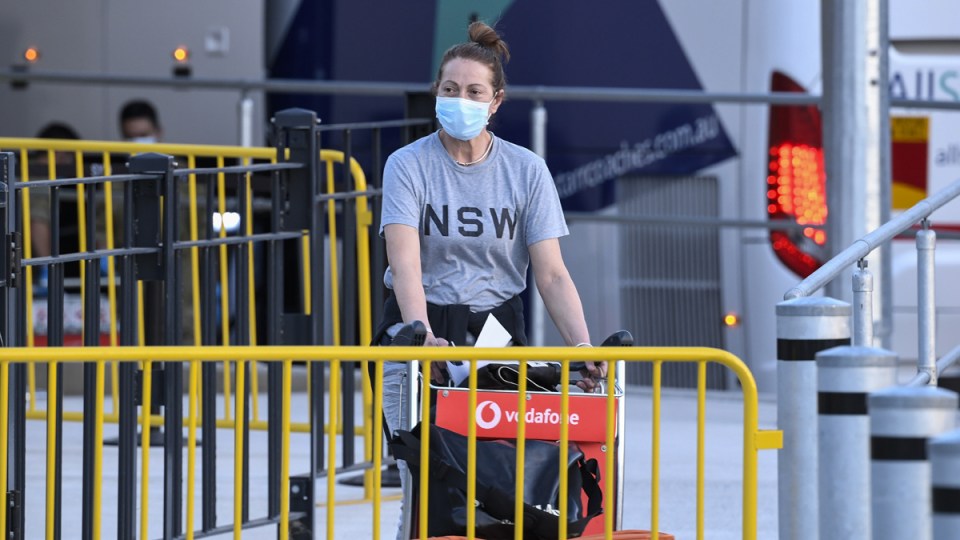 The government is against stricter caps on incoming travellers as three states battle the virus.

The Defence Minister has built his entire political career on a hardline border stance, but argued pausing all international arrivals would be harmful to the nation.

Mr Dutton warned a blanket ban would hurt Australians with family overseas and hit the economy.

“We’re not a two-bit island nation in the middle of nowhere that doesn’t trade with anyone,” he told 2GB radio on Thursday.

“We’ve got business to conduct or people don’t get employed.”

“People want to go and see their grandkids, they want to see a dying relative, and we’ve got to provide a balance,” he said.

The international travel cap has already been halved until the end of the year to help states respond to coronavirus outbreaks in NSW, Victoria and South Australia.

He said coronavirus outbreaks were not caused by the number of people in hotel quarantine, but rather human error among those running the system.

The federal government is being pulled in both directions on international borders.

While some want the border slammed shut, others want more travel allowances made for compassionate cases.

Many examples have emerged of Australians being unable to return from overseas to visit sick and dying family members.

“There is no doubt international movement is extraordinarily challenging in a pandemic,” Foreign Minister Marise Payne told 2GB.

“And there is no doubt this has put significant pressure on many, many people.

“We are all trying, right across the parliament, to support them as well as we can and to return as many as we can.”

Almost 630,000 Australians have returned since the border was closed in March 2020.

But there are still more than 36,000 stranded Australians waiting to return.

Senator Payne ducked responsibility for travel exemptions given to high-profile celebrities, saying their visas were granted at the request of state governments.

“Where there are exemptions, the states and territories ensure they don’t take the place of returning Australians,” she said.

“I would always encourage the states and territories to be generous in the provision of quarantine places.”

Prime Minister Scott Morrison believes “vaccine passports” will be available to be carried on phones by October, paving the way for a return to international travel.

Dutton shuts down talk of ban on overseas arrivals