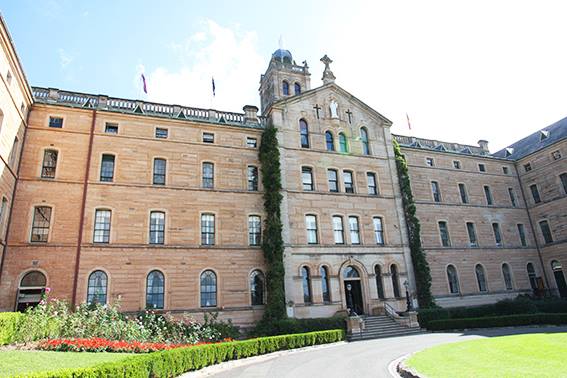 An exclusive Sydney school is under fire after it emerged it organised for 160 of its senior students to receive the Pfizer vaccine, even though it is officially available only for those over 40.

St Joseph’s College at Hunters Hill has confirmed it approached NSW Health in May to organise first doses of the coronavirus shot.

Under a deal reached with the Sydney Local Health District, Year 12 students from the high-fee independent high school were bussed to a vaccination centre late last last term for their first shot. They are due to have their top-up dose when school resumes.

“We have a large number of boys who live in a residential community, which includes boys from rural, remote and indigenous communities,” college principal Ross Tarlinton said on Tuesday.

“Acknowledging that the college does not determine vaccine priority, it welcomed the opportunity to offer the vaccine for students, given the approvals provided and for the reasons listed.”

St Joseph’s, which charges about $50,000 a year for boarding students has about 150 boarders among its year 12 cohort. The Sydney Morning Herald, which broke the story, reports that 4 per cent of St Joseph’s students are Indigenous.

As yet, only those aged from 40-60 are officially eligible to receive the Pfizer shot in NSW. Other priority groups include people working in health or quarantine frontlines, those with disabilities and household contacts, and Indigenous people aged over 16.

Across Australia, only one in three aged-care staff have been vaccinated against the virus, despite becoming eligible in the first phase of the program, which started in late February.

The entire workforce was meant to be vaccinated by April.

An unvaccinated worker is believed to have brought the virus into a SummitCare home at Baulkham Hills, in Sydney’s north-west. There are now five infected residents – all but one of whom has been vaccinated – and three infected staff in that cluster.

Lieutenant General John Frewen acknowledged aged-care staff were a critical workforce and said they were being treated as an absolute priority.

“We are accelerating efforts to get those aged care workers vaccinated,” he told the ABC on Tuesday.

“They are at about 36 per cent now, which is actually above the broader national average, so progress is being made.”

Early in the vaccine rollout, the federal government decided to prioritise aged-care residents over staff, considering them the most vulnerable.

The strategy was supposedly designed to guard against workforce shortages, should staff develop vaccine side effects and call in sick.

Vaccines will be mandatory for residential aged care staff from mid-September.