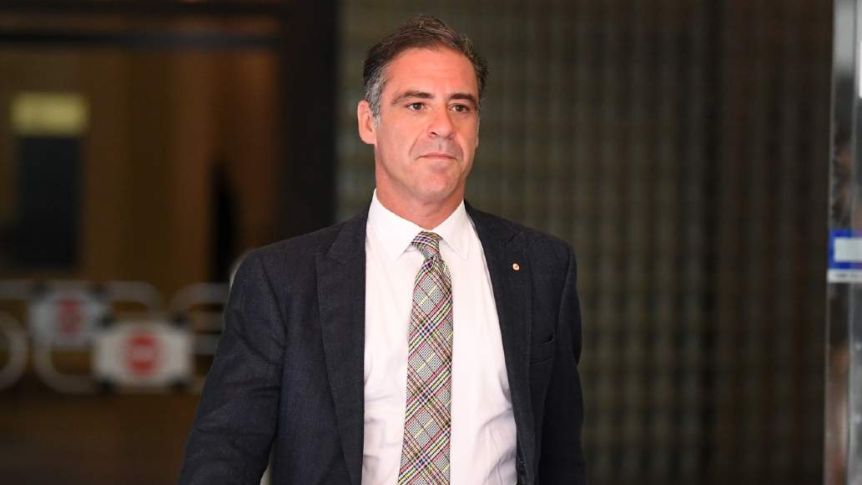 Andrew O'Keefe has had his domestic violence case dealt with under the NSW Mental Health Act. Photo: ABC/AAP/Joel Carrett

The 49-year-old appeared in Waverley Local Court on Friday, charged with assaulting his partner, Orly Lavee, at a home in Randwick in Sydney’s eastern suburbs in January.

The court heard Mr O’Keefe suffered from bipolar disorder and was in a “hypomanic” state during the incident, in which he admitted to spitting, slapping and kicking Dr Lavee.

The court was told a heated argument erupted between the couple at a birthday party in Surry Hills, after she accused him of having an ice pipe in his pocket.

He denied it and the argument continued at her Randwick home.

Magistrate Ross Hudson granted Mr O’Keefe’s application to have the matter dealt with under mental health legislation, and he dismissed two charges of common assault and assault occasioning actual bodily harm against him under the NSW Mental Health Act.

The magistrate took into account Mr O’Keefe’s mental illness, his remorse after the incident and evidence of rehabilitation.

“I agree with everything His Honour and the court said about the need to protect community and women in particular from domestic violence,” Mr O’Keefe said outside court.

“It’s a real shame that I ended up in this position.”

Another charge of common assault over a separate incident in Kangaroo Valley on January 20 was also dropped.