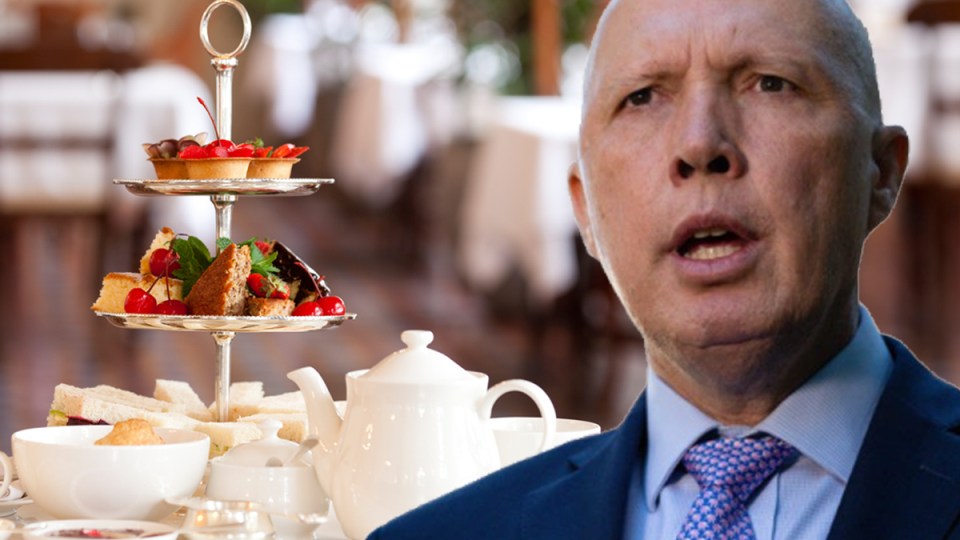 Peter Dutton told his department the morning teas did nothing to boost morale. Photos: Getty/TND

Australia’s defence chiefs have ducked questions on the importance of inclusion in the military after introducing a ban on “woke” events.

Employees were encouraged to show support for LGBTI people by standing against prejudice and discrimination and demonstrating inclusion.

Defence deputy secretary Justine Greig could not say how many morning teas went ahead.

“We are a very large organisation and clearly it’s hard to know what activities are going on in any given place on any given day,” she told a Senate hearing on Wednesday.

“I don’t have particularly information about what events proceeded or didn’t.”

Mr Dutton demanded an end to events where personnel were encouraged to wear “particular clothes” in celebration, claiming they did nothing to build morale.

Defence secretary Greg Moriarty was the first to receive the ministerial direction.

“He let me know he wanted the department to concentrate on only acknowledging events that were directly related to government and defence objectives,” Mr Moriarty told the committee.

“We are in the process of developing policy to implement the minister’s direction.”

He and Chief of Defence Angus Campbell have since issued a note to all staff.

General Campbell struggled to define what constituted a “woke agenda”.

“The use of the word ‘woke’ varies with its user,” he said.

“I am focused on encouraging and seeking to model and ask others to model the values that drive a high performing organisation.”

General Campbell acknowledged it was important to show support.

“I’m a very strong believer defence should be an organisation that lives, acts and behaves based on its values of service, courage, respect, integrity and excellence,” he said.

“It’s about our values, and every time our values aren’t being lived, we are not being the most effective organisation we can be.”

“It is important for us to remove barriers so defence can benefit from the contribution of all of our people regardless of gender, background or sexual orientation,” he said.

“We’re an organisation that is focused on inclusion, building people’s potential to best advance defence interests.

“I believe the department shows support for people through our values and behaviours.”