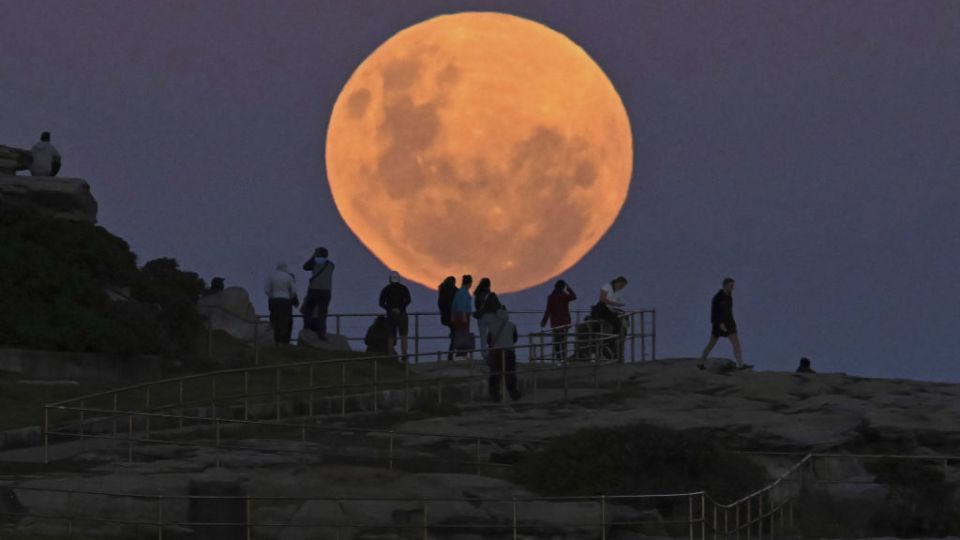 Stargazers in Sydney headed for the cliffs at Bondi on Wednesday night. The celestial event – known as ‘Super Flower Blood Moon’ – is the only full lunar eclipse of this year. Photo: Getty

Did you remember to look up at the moon last night?

If so, you were likely one of the lucky stargazers to witness the super blood moon.

If you missed it, we have you covered. Check out the photos below…spectacular!

A super blood moon is when a total lunar eclipse (or blood moon) happens at the same time as the ‘super’ moon – which appears brighter and bigger.

Stargazers were able to catch the sight on the east coast from 7.44pm with the total eclipse – when it was fully red – occurring between 9.11 and 9.25pm.

In Australia’s centre, the total eclipse occurred between 8.41 and 8.55pm, while in Western Australia the moon appeared fully red from 7.11 to 7.25pm.

Early cloud on the east coast cleared in time for good viewing.

The phenomenon happens about every five years.

“It doesn’t happen that often to get this combination … so it’s definitely a special sight,” Dr Tucker told AAP.

While the moon would also be visible from other parts of the world, Australians had the privilege of one of the best and most convenient viewing times.

The rarest bit of this moon is that it happened in the early evening and not some in the middle of the night, Dr Tucker said.

“You don’t need special equipment … you just need your eyes, because you can see the beautiful colours and details of the moon.”