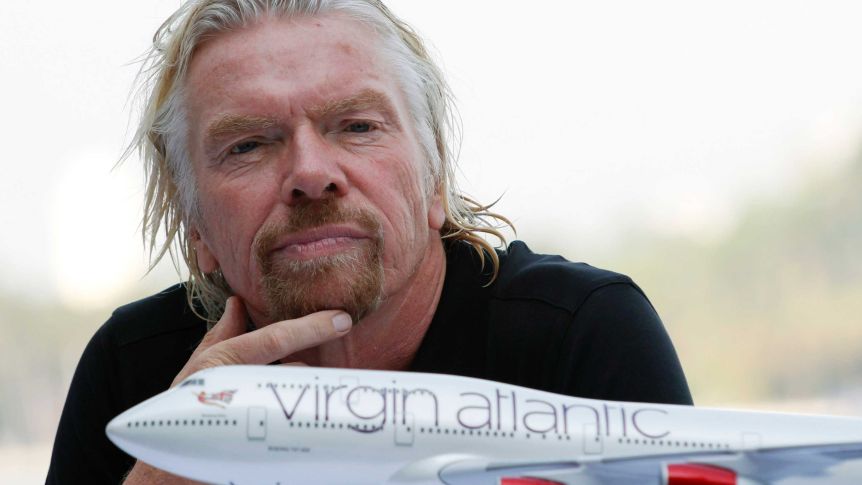 Virgin founder Sir Richard Branson says businesses and people will be held back unless more people get vaccinated, and Australia will fall behind other nations who are already starting to open up.

Sir Richard told Channel Nine making sure anyone who can get the jab has one should be the Australian government’s No.1 priority.

“By now, it’s a small country, I suspect most people should have been vaccinated,” he said.

“If not, it should be the No.1 priority of government, nothing else matters more, to be honest.

He said Australia risked having its economy fall behind other countries, like Britain and the US, which had vaccinated large numbers of the population and were beginning to reopen and, in some cases, allow international travel again.

“If the government can speed up the vaccination program so everyone is vaccinated then there’s no reason at all why you shouldn’t be able to get opened up,” he said.

Sir Richard’s comments come after the CEO of Virgin Australia, Jayne Hrdlicka, said the international borders would have to reopen at some point, even if it meant people’s health would be put at risk or some people may die.

The government’s current estimate is that the international border will not reopen until mid-2022, but Treasurer Josh Frydenberg has said that is “conservative”. 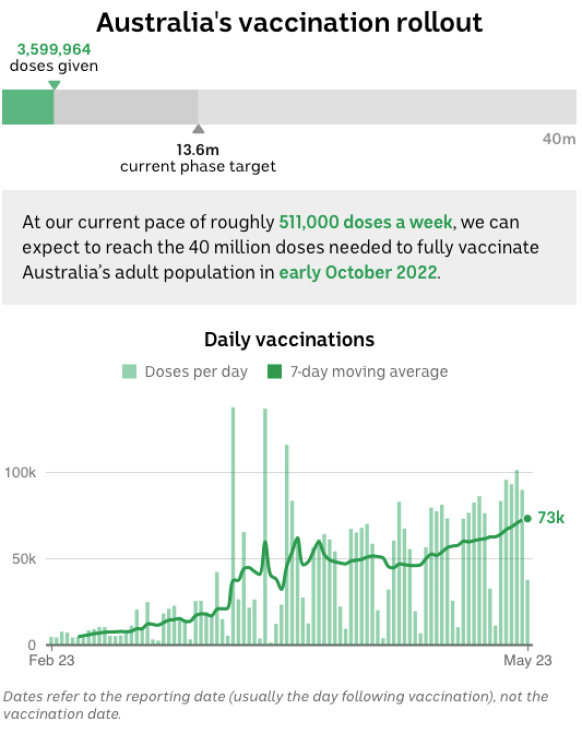 The government has consistently said the delays to the vaccine rollout were because of supply issues, with millions of doses of AstraZeneca barred from leaving the European Union earlier in 2021.

But the speed was also affected by domestic production taking longer than expected to reach a million doses a week, as well as complexities in the first phase with administering it to aged care facilities.

The change in health advice so that Pfizer is the preferred vaccine for people under 50 has also had an impact, with doctors urging anyone over 50 not to wait until later in the year when more mRNA vaccine supplies will be available, and get their jab now.

According to the British government, 22.6 million people – or nearly the entire population of Australia – are now fully vaccinated.

In Australia, 3.6 million doses have been administered.

Finance Minister Simon Birmingham said it was the government’s hope that once shipments of Pfizer and Moderna are delivered in the last quarter, it could mean all Australians are fully vaccinated before the end of 2021.

“But there has been many uncertainties in the vaccine rollout to date and I think we need to continue to be honest that we don’t control every aspect of global supply … or unexpected impacts in relation to health advice that impact the rollout,” he said.

Senator Birmingham also flagged that the Prime Minister would discuss how to encourage more people to book in for the jab with state and territory leaders at national cabinet on Friday.

“[Discussing] how, as the vaccine rollout progresses, we can give greater certainty to Australians in terms of what being vaccinated delivers for them by way of benefits across the country,” he said.