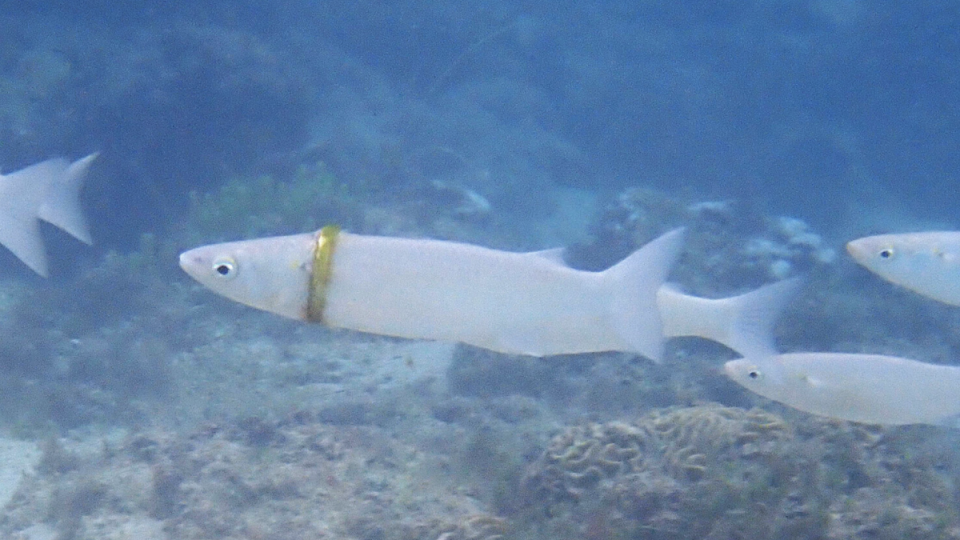 Whether it slipped off while washing the dishes or swimming at the beach, there is never a good time to lose your wedding ring.

The chances of finding it again are virtually non-existent.

But if you’re lucky, it can suddenly turn up where you least expect it.

That’s what happened to a man in Norfolk Island, who recognised his missing gold wedding band wrapped around the belly of a sand mullet fish.

Last month, as locals came together to clean up the beach, a woman noticed some mullets were swimming with plastic collars around their bodies.

Mortified by the pollution, she took some photos to share online.

“Mullet snuffle through the sand looking for food, making it so easy for a ring or hair tie to flip over their noses and get stuck,” the woman wrote on her blog.

But then, she realised one of the mullet’s belts looked unusually shiny.

This ring wasn’t from a plastic bottle top.

“I recalled that someone had posted on our local community social media pages about a large man’s wedding ring that had gone missing in the bay earlier this year, so I decided to see if I could find the possible owner,” the blogger wrote.

“It didn’t take long for my suspicion to be confirmed; we now have a poor mullet weighed down with someone’s (expensive) gold wedding ring.”

One Norfolk Island woman joked that Lord of the Rings director Peter Jackson should make a sequel, Lord of the Mullet.

Others, meanwhile, said they were disturbed and saddened by the effect of waste on marine life.

“As for the poor mullet with the gold collar,” the blogger wrote, “here’s hoping we can deliver a happy ending to his story and for the owner of the wedding ring!”

“The mullet has a life to live and it’s only fair he gets to live it,” she said.