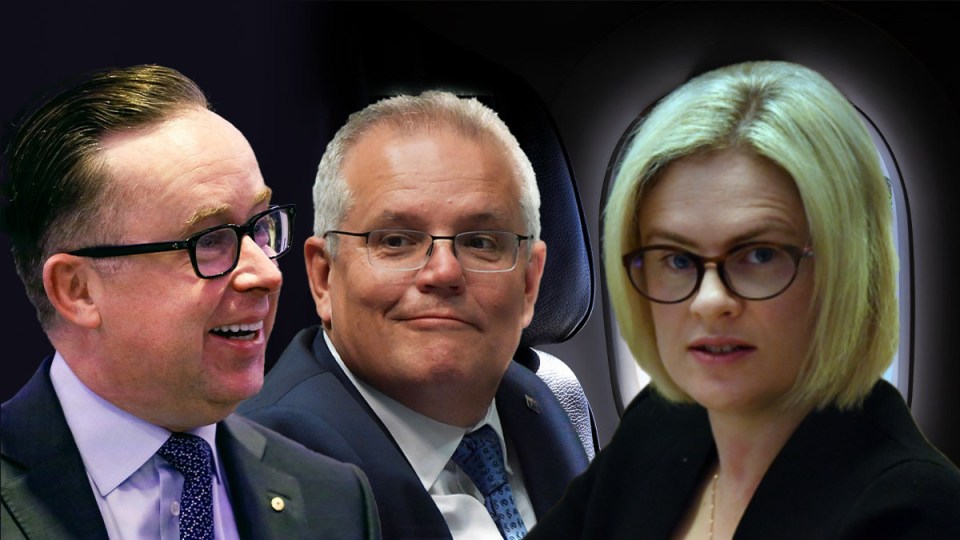 It was a remarkable day in politics when assistant attorney general Amanda Stoker, personally intervened to have ‘anti-racism’ removed from an Australian Human Rights Commission tender.  She worried the term was associated with Critical Race Theory.

Stoker had no beef with the idea that racism is something Australians should be against.  So why oppose a theory that seeks to understand and address racism at a systemic level? The problem appeared to be that this theory is beholden to the bogeyman of the ‘woke revolution’.

This incident reflects a growing political engagement in a ‘war on woke’ in Australia.  The call to arms is issued from the bastions of right-wing conservatism.  Sky News leads the way in claiming that every progressive cause, from climate action to anti-racism to feminism, signals a capitulation to woke ‘lefty lunacy’.

Scott Morrison was not far behind when he attacked identity politics. All of this malarkey about gender, race and sexuality undermines morality, freedom and the Australian way, he proselytized.

Both Stoker and Morrison expound the conventional conservative position that wokeness has infiltrated Australian culture, and we are worse off for it. The wokerati are caricatured, even by Prime Minister Scott Morrison, as out-of-touch elites who waste their time in “the cafes, dinner parties and wine bars of our inner cities”.

Andrew Bolt, never one to shy away from reactionary fear-mongering, cautions that “we have evidence that woke politics is making the West desperately weak”.  One might expect that such tirades against ‘political correctness gone mad’ are aimed at some group of revolutionary leftist agitators determined to destroy the country with the wave of a red flag. Not so.

It is corporations, the woke-bashers argue, that have given a public platform to the worst excesses of the left. The problem, as Peta Credlin sees it, is “that CEOs blindly follow these trends like a mob of sheep”, having lost their way from their  true mission to “deliver market value to their shareholders.”

This is where the radical right has entirely got it wrong.  Corporate wokeness is not a capitulation to the left at the expense of commercial objectives.  It is an adoption of progressive politics precisely because that political position enhances the ability of corporations to achieve those goals.

When Qantas boss Alan Jones campaigned for marriage equality, he did not do it at the expense of his corporate interests. Quite the contrary, he was explicit that his politics was justified by a ‘business case’ that would yield commercial benefits for Qantas.

It is the same thing when Australian businesses back climate change action, as we saw, for example, in the wake of last year’s bush fires. When Tiffany and Co used its advertising budget to reprimand Scott Morrison for not taking ‘bold and decisive climate action’ one doesn’t have to be a hardened cynic to smell public relations opportunism.

The simple fact is that when a corporation backs political causes, their brand image and commercial viability is always front of mind.

All of this reveals that the so-called ‘war on woke’ is not much of a war at all, at least not when it comes down to any contestation over the more fundamental political issues of social and economic inequality.

In this ‘war’, we have the right-wing fundamentalists on one side who claim that left-wing ideas are destroying the fabric of our society at the hands of urban elites.  On the other hand, we have CEOs and corporations who are increasingly adopting woke politics.

The problem is that whoever ‘wins’ this pseudo-war, the real losers are the socially and economically disadvantaged.  If the right fundamentalists are the victors, then we retain a system based on the reproduction of a dominant white elite – the kind of politics that Pauline Hanson has been parading for decades.

If the woke corporations triumph, then corporate agendas, at least the economic agendas, remain largely intact. Again, the result is a preservation of the economic status quo.

When it comes down to it, the ‘war on woke’ is a distraction from the real social and political problems that Australia needs to grapple with.  These issues concern how inequalities divided along gender, race and class lines are becoming more deeply entrenched.

Enhancing shareholder value through corporate alignment with progressive social causes will not solve this.  Neither will desperately hanging on to a hackneyed political ideology that unimaginatively dismisses calls for equality as woke.

Whoever wins the war on woke, the possibilities of the resurgence of a democracy based on ideals of equality and shared prosperity will lose. It is towards that democratic promise that our political attention needs to turn if true progress is to be pursued.

Carl Rhodes is Professor of Organization Studies at The University of Technology Sydney and author of the forthcoming book Woke Capitalism: Democracy Under Threat in the Age of Corporate Righteousness.

The ‘war on woke’ pits corporate elites against conservatives. So who will win?