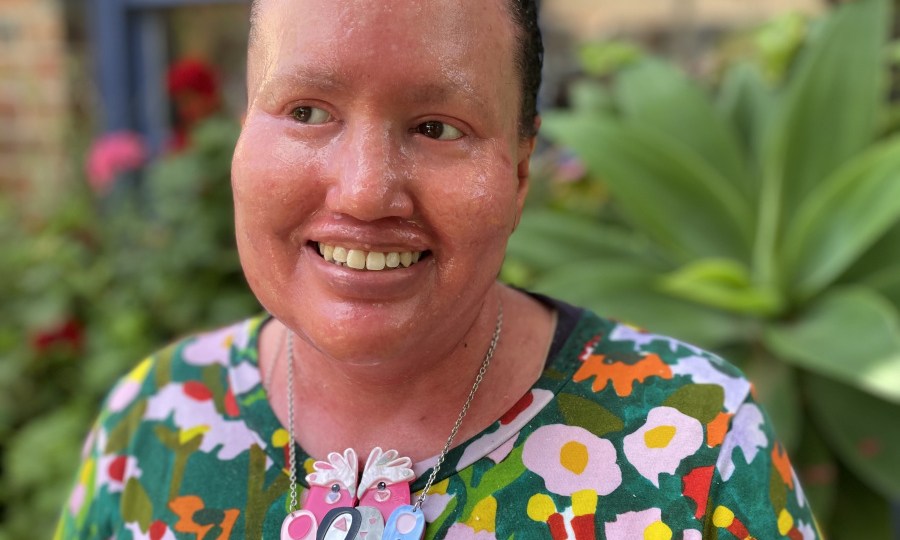 Carly Findlay said it's unfair Olympians will get their COVID-19 vaccine before Australians with disabilities. Photo: Carly Findlay

Aged-care workers and Australians with disabilities have slammed the Morrison government for “prioritising athletes” in the vaccine rollout while they are forced to wait.

A delayed vaccination for our most vulnerable – and the people who care for them – could result in extreme illness, even death.

It comes as fury mounts surrounding the slow pace of vaccinations in aged and disability care, with health department officials admitting only small numbers of staff looking after our most vulnerable have been able to access a jab, weeks behind schedule.

Carly Findlay, an appearance activist with a rare skin condition called ichthyosis, is highly susceptible to contracting the coronavirus.

“The dermatologist says that having a skin condition opens you up to infection because of broken skin,” she told The New Daily.

“Whenever I get sick, my skin gets sore. I know a few people who have had the virus in England who have the same condition and their skin got really sore.”

Two months ago, Ms Findlay tried to book an appointment to get the vaccine.

“It’s disappointing it’s taking so long and although I feel like I’m somewhat OK, I am at risk,” she said.

“It’s one rule for some, and another rule for others and it seems like sport has been prioritised.

“I know sport brings people together, but in a time where the vaccine rollout has been so bad, why are athletes getting vaccinated ahead of those who are most at risk, including disability workers?

“I feel that Australia continues to glorify sportspeople and doesn’t put any priority on those that really need it.”

Last week in a Senate hearing, the Department of Health admitted barely 6 per cent of disability care residents had received even their first shot of the two-dose vaccines – despite saying they were among the “highest risk population”.

The federal government originally planned to give all 678,000 high-risk workers and care residents in Phase 1a of the vaccine rollout their vaccinations within six weeks of the program starting.

The program has now been running for nine weeks, with no end in sight.

Di Medhurst, an unvaccinated aged-care worker in Melbourne, said many of her colleagues have found it hard to book in a vaccine appointment.

“The government stated initially that aged care was a priority, and now it’s just fallen by the wayside,” Ms Medhurst said.

“How can they explain that it is more important for those Olympians to be vaccinated before the elderly? They said the elderly was our most vulnerable. How can they go back on that?”

She said the government’s “appalling” vaccine rollout has sparked scepticism over the safety of the vaccines.

“You can’t trust a word they say, because they’ll say one thing in one breath then something else in another breath,” she said.

“At what point are these people in high office going to be held accountable for making statements, then going back on them?”

Tony Jones, policy and advocacy manager at Spinal Cord Injuries Australia, said people with high-level spinal cord injuries were not being treated as a high priority in the vaccine rollout.

And the failure could have deadly consequences.

“If you’re quadriplegic, you lose the muscles of your diaphragm and the ability to breathe normally,” Mr Jones, who has a spinal cord injury, told TND.

“If you end up with a respiratory illness like a chest infection or pneumonia, that puts you in a fairly vulnerable position and you’re usually hospitalised because you lack the ability to cough and bring up any mucus.”

If Australians like Mr Jones contract COVID-19, they could die if they don’t immediately go to hospital for breathing assistance and physiotherapy.

“I don’t think it’s good enough that the government can continue to just assume that because we don’t have coronavirus circulating in the community now, that this is therefore OK,” Mr Jones said.

“There needs to be a greater urgency in rolling out the vaccine to people living with a disability and spinal cord injuries.”