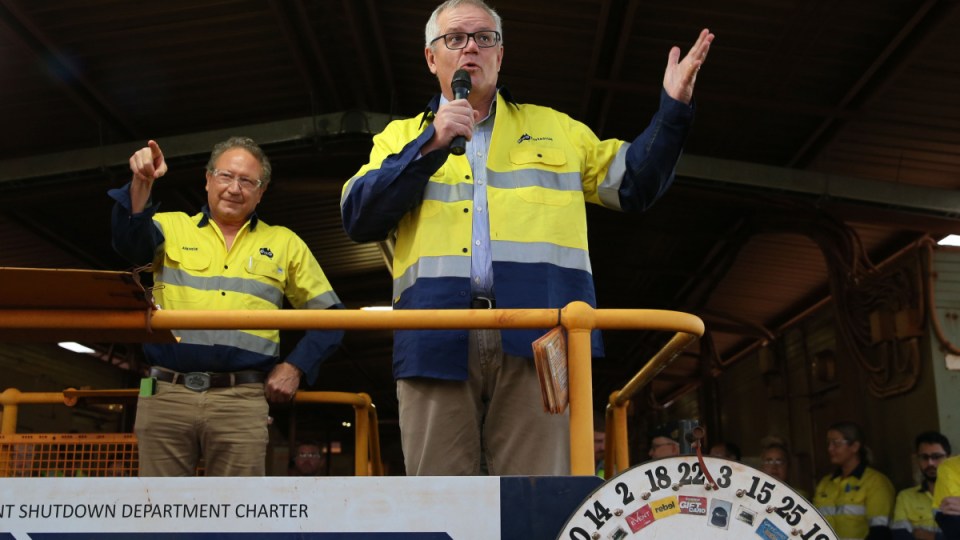 The minister responsible for reducing Australia’s emissions has brushed off calls to bolster targets to curb climate change.

Angus Taylor and Scott Morrison have this week announced more than $1 billion in initiatives to lower emissions, as the Prime Minister prepares to speak at a US climate summit on Thursday night.

US President Joe Biden is expected to announce a new target of halving US emissions by 2030 on 2005 levels.

“I’m confident, based on past experience, that they will be positive,” Mr Taylor told Sky News.

The Dalai Lama and 100 other Nobel Prize laureates have inked a letter to world leaders urging them not to expand coal, oil and gas.

The Morrison government has plans afoot to expand the gas industry with taxpayer funds if the sector does not step in.

Ahead of the summit, the EU has announced a goal of reducing emissions by 55 per cent by 2030, compared with 1990 levels.

Britain is aiming to cut carbon emissions by 78 per cent by 2035 from 1990 levels, extending its already ambitious carbon reduction targets.

The US, the EU and Britain are all also aiming to achieve net zero emissions by 2050, a target the federal government has still not provided a solid commitment to.

Employer organisation Ai Group is urging the government to provide certainty by committing to net zero by 2050.

Farmers for Climate Action acting chief Fiona Davis is also calling on the government to step up its commitments, fearing agriculture will otherwise miss out on a climate-related economic boom.

“Regardless of any net-zero date the federal government sets, what we need to see is a clear plan for getting there that includes making deep and rapid emissions cuts this decade,” she said.

The government is focused on partnerships with Germany, Japan, Korea, Singapore, Britain and the US.

Mr Morrison hopes the funding creates up to 2500 jobs and has said for each dollar of taxpayer money invested $3 to $5 will be leveraged through the international partnerships.

On Wednesday, the government announced $263 million for carbon capture and storage, and another $275.5 million to set up regional hydrogen hubs.

No updated climate targets ahead of summit with US President