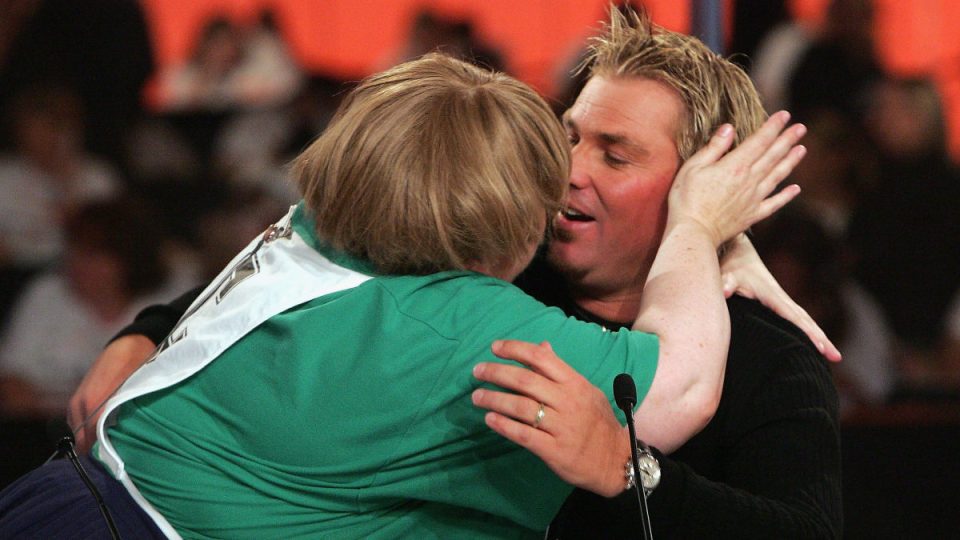 Party pash, anyone? After all, it is Magda’s birthday! Photo: Getty

Most Australians know her as Sharon Strzelecki, Kim’s hopeless but loveable best friend in the hit television series, Kath & Kim.

Others discovered her later in 2017, when she used her public profile to campaign for the legalisation of same-sex marriage in Australia.

Whether she’s making us laugh or fighting for a social cause, Magda Szubanski is a household name.

But her path to Aussie stardom wasn’t easy.

On this day in 1961, Szubanski was born in the English city of Liverpool, to a Scottish-Irish mother and a Polish father.

Her dad, Zbigniew, was only 15 when Adolf Hitler invaded Poland in 1939, wreaking havoc on the city and tearing families apart.

Soon after, the young man became an assassin in a counter-intelligence branch of the Polish resistance, executing Nazis and their supporters at point-blank range.

It was a traumatic time for Zbigniew, and he carried this pain throughout his life.

Szubanski was four years old when, in 1965, her family left Liverpool for a fresh start in Australia.

She attended high school and later, university in Melbourne.

In 1985, while performing in a University of Melbourne Law Revue of Too Cool for Sandals, Szubanski was talent-spotted by producers from the ABC.

They convinced her to link up with some other students to create a television sketch comedy show, The D-Generation.

Years later, she formed part of the team that created Fast Forward, Australia’s highest-rating comedy sketch show from 1989 to 1992.

In 1995, she starred in the film Babe as Esme Hoggett.

But it wasn’t until 2002 that she really launched to fame.

That’s when she brought to life her self-made character Sharon Strzelecki in Kath & Kim, alongside friends and co-writers Gina Riley and Jane Turner.

During the series, her character Sharon “pashed” and “married” cricket legend Shane Warne. She also “pashed” the late Australian Heath Ledger on the red carpet at the AFI Awards in 2006.

But like her father, the actor has suffered mental health issues of her own.

She has since written a memoir, starred in a Victorian government coronavirus campaign, and now works as a mental health advocate.

In 2019, she was appointed an officer (AO) in the general division of the Order of Australia for her service to the performing arts, and as a campaigner for marriage equality.

And they are just some the achievements worth mentioning on the actors’ 60th birthday.

On This Day: Beloved comedian Magda Szubanski was born