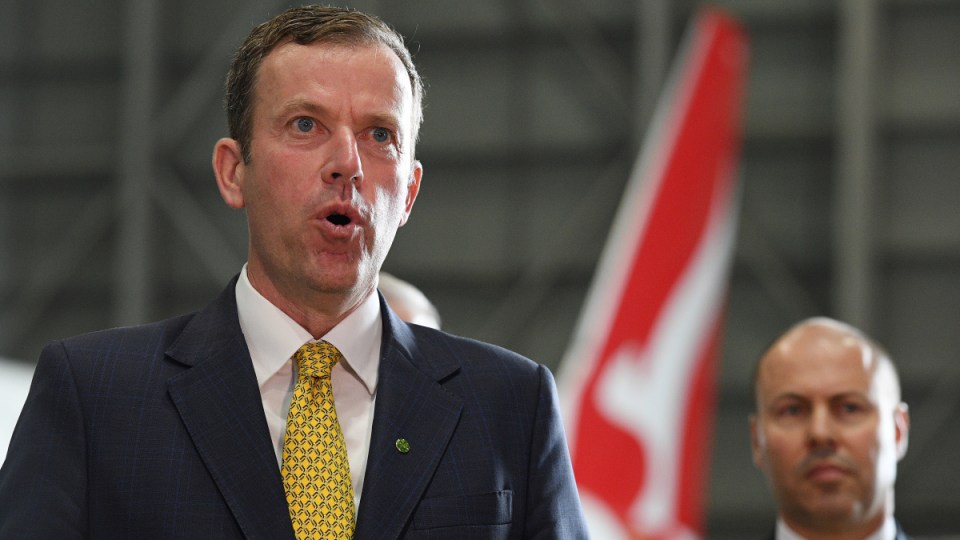 Dan Tehan says students and business people are likely to be first in Australia when borders open. Photo: AAP

Business travellers and international students will be among the first overseas visitors to Australia when borders reopen, leaving tourists last in the queue.

International travel has suffered a major setback, with health advice for people aged under 50 to avoid the AstraZeneca vaccine set to significantly delay the nation’s rollout.

Reopening the border is contingent on the vaccination program, which was originally due for completion by October but now looks likely to stretch well into 2022.

Tourism and Trade Minister Dan Tehan said it could be “very much the case” that holiday-makers were among the last visitors to return in a staggered lifting of restrictions.

“We’ve obviously got to prioritise what’s best for our nation both economically and most importantly on the health front,” he told Sky News on Friday.

“That will continue to be what informs us, so protecting lives and livelihoods.”

Australia’s top health experts have been asked by the nation’s leaders to look at what needs to happen to help the country reopen.

They will provide advice on whether Australians who are vaccinated could travel overseas and return without undertaking mandatory hotel quarantine.

One possibility was home quarantine or no quarantine at all, Prime Minister Scott Morrison said.

Mr Morrison said the experts would also look at whether Australians stranded overseas could return with less strict quarantine protocols if they had been vaccinated abroad with a jab approved by local regulators.

Another scenario health experts will explore is whether travel bubbles could occur with low-risk countries that have similar vaccine arrangements to Australia.

“The message from national cabinet is we want to open up more, we want to do it safely,” Mr Morrison said on Friday after meeting with his state and territory counterparts.

“We want to do that because we know we are not just managing the health, but we are managing the economics as well, for people’s livelihoods and wellbeing.”

Mr Morrison refused to recommit to his government’s oft-stated goal of all Australians having at least one coronavirus shot by October.

“We’re not in a position at the moment to reconfirm a timetable,” he said.

“We’re going to work through the implications of this most recent medical advice, for the calibration of the rollout.”

While strict travel restrictions have been crucial to Australia’s strong pandemic performance, the tourism and aviation industries remain under colossal economic pressure.

“This just means that Australians are going to wait months and months, possibly even another year, before life resembles anything like normal,” she told ABC radio.

Mr Tehan said decisions on travel bubbles with countries other than New Zealand would depend on virus performance and vaccinations overseas.

He said Singapore was one nation keen to discuss travel arrangements with Australia.

Finance Minister Simon Birmingham said Australia made no apologies for its tough stance on borders.

“We’ve seen the consequences when we have had leakages out of medi-hotels that can move quite quickly, and it did to devastating effect for a period of time in Victoria,” he said in Canberra.