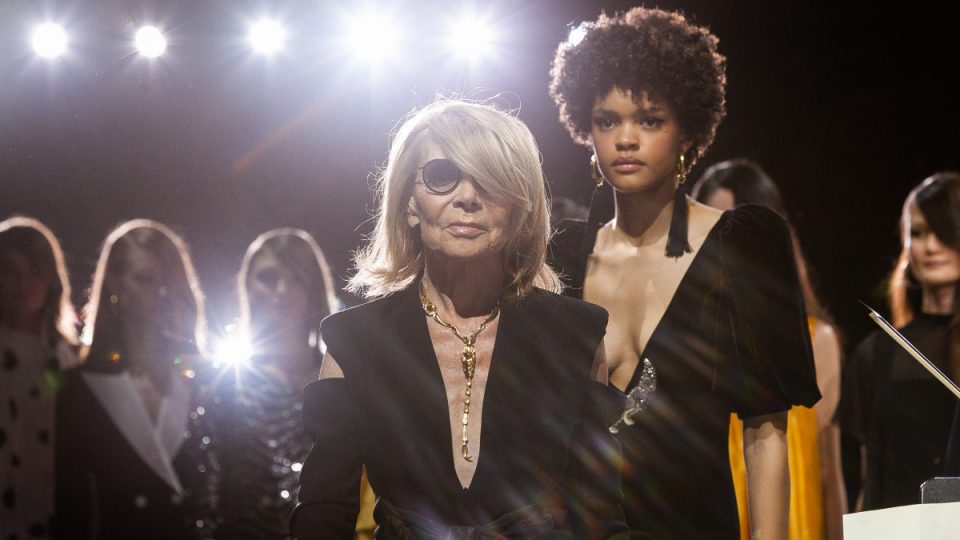 Tributes have poured in for iconic Australian fashion designer Carla Zampatti, who died in hospital on Saturday aged 78.

Ms Zampatti died at Sydney’s St Vincent’s Hospital a week after she fell at an at opera premiere.

She was knocked unconscious after falling down on the bottom two steps of a staircase at Mrs Macquarie’s Point on the opening night of La Traviata.

“Today I lost my mother, my inspiration, my mentor and my friend. I am lost for words and totally heartbroken,” Ms Spender wrote, with a broken heart emoji.

Prime Minister Scott Morrison also paid tribute to Ms Zampatti, saying “her contribution to our nation will be timeless, just like her designs”.

“Carla was an icon to the fashion industry, a pioneer as an entrepreneur and a champion of multicultural Australia.  It was our great honour to have known her,” Mr Morrison said in a statement on Saturday.

Born in Italy in 1942, Ms Zampatti migrated to Australia in 1950 at the age of nine, setting up her fashion famous label when only 24.

Her designs have been worn by some of Australia’s most influential women, including Princess Mary of Denmark, Australia’s first female prime minister Julia Gillard, Oscar-winner Nicole Kidman and NSW’s Premier Gladys Berejiklian.

Magda Szubanski, who has previously worked with Ms Zampatti, described her as having “great elegance and empathy”.

ABC Chair and former editor Ita Buttrose lauded Ms Zampatti’s service to the arts, including as chairwoman of SBS.

“It is a great loss to Australian women, Australian fashion, and Australian business and the community in general because she was quite a unique woman,” Ms Buttrose told ABC TV.

In an interview with Nine newspapers in May, Ms Zampatti spoke about her struggle to start a business as a single mother in the 1960s and ’70s, when women were “in a different place”.

“They were not working, certainly not leading mining or banking or building companies,” Ms Zampatti said.

“They were all hoping to get a job but were being discouraged by society or their families and pressured to stay home.

“I felt a bit of an outsider, which I have always felt in my life, which is not such a bad thing. Being an outsider makes you try harder”.

She may have felt like an outsider, but Ms Zampatti became an integral part of Australia’s fashion community.

Last year, Ms Zampatti celebrated 55 years in the business, where she became renowned for the elevated simplicity and characterized by bold, clean lines with an Italian sensibility.

Her designs have been worn around the world by international names, such as celebrity chef Nigella Lawson and Scott Morrison’s wife, Jenny, who chose a navy Carla Zampatti gown for the couple’s trip to the White House in 2019.

Ms Zampatti was named Australian Designer of the Year in 1994, awarded the Australian Fashion Laureate in 2008 and a year later was appointed a Companion of the Order of Australia, Australia’s highest civilian honour.

Ms Zampatti is survived by her three children Alexander Schuman, Bianca Spender and Allegra Spender, and was the “proud Nonna” of nine grandchildren.

‘One of our greatest Australians’: Nation pays tribute to ‘trailblazer’ Carla Zampatti