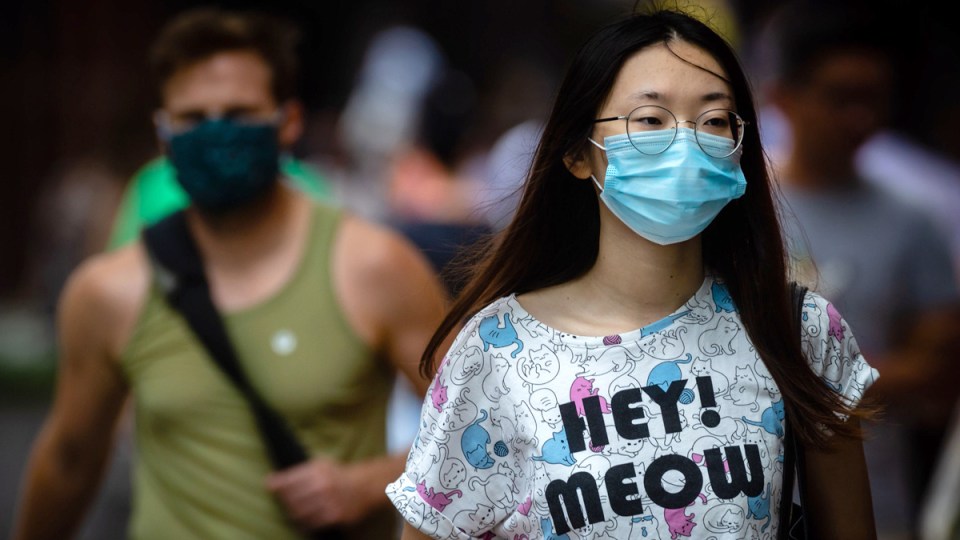 Masks are back in fashion in Brisbane amid the latest COVID eruption. Photo: AAP

Queensland health authorities revealed on Saturday night the latest man to test positive hosted a house party for about 25 guests before his result came back, ignoring a direction to self-isolate.

The 26-year-old tested positive for COVID-19 on Friday night, one day after his friend, who had been infectious for a week.

All party guests have been ordered into quarantine and are being tested.

Queensland Health are also tracking down people who may have come into contact with the men at 24 exposure sites and asking them to isolate and get tested.

The infections have sparked speculation of an imminent snap lockdown and travel restrictions ahead of the Easter break when Australians are expected to flock to the Sunshine State.

However Premier Annastacia Palaszczuk said there was no evidence of widespread community transmission.

NSW, Victoria, Western Australia and the ACT have also declared those two council areas as hotspots and all travellers arriving from there must self-isolate and get tested upon arrival.

Tasmania is only warning Brisbane and Moreton Bay travellers to get tested if they become ill, while South Australia and the Northern Territory have not changed their travel rules.

Prime Minister Scott Morrison urged states and territories to be balanced and “proportionate” in their response to the outbreak.

He says the ongoing vaccine rollout has changed “risk calculations” and he’s confident the Queensland government has control of the situation.

“The economic recovery we’re seeing in Australia now is leading the world, and we want to keep that happening, and we don’t want to prevent that from happening by any possible disproportion or overreaction in response” Mr Morrison told reporters.

The Brisbane cluster has also put a number of Easter sporting fixtures in doubt amid concerns about travel restrictions.

Melbourne’s Good Friday NRL clash with Brisbane is under a cloud while the Gold Coast Suns return to Queensland is up in the air.

The Victorian government’s new rules caused a stir at the Suns’ AFL match in Geelong on Friday night, where some fans and commentators who had been in Brisbane in the past fortnight were ordered to leave mid-match.

The Lions’ AFLW team are also in Victoria and are due to play Melbourne at Casey Fields on Saturday afternoon.

Canterbury are already in Brisbane for their NRL clash with the Broncos on Saturday night, while Parramatta have been there since March 12.

Visitors to the following venues at these specified times, as identified by Queensland Health, must isolate for 14 days and get tested: