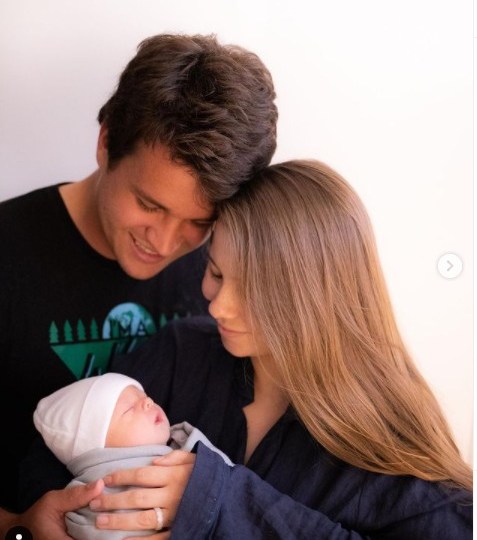 Bindi Irwin and her husband Chandler Powell have announced the birth of a baby girl, whose name features a tribute to the late Steve Irwin.

The zookeeping couple took to social media to reveal their first child, named Grace Warrior Irwin Powell, was born on the day of their first wedding anniversary.

“There are no words to describe the infinite amount of love in our hearts for our sweet baby girl,” Bindi wrote on Instagram below a photo of herself and Powell cradling the new arrival.

“She chose the perfect day to be born and we feel tremendously blessed.”

Bindi, 22, said the name Grace came from her great grandmother, while the middle names Warrior Irwin were inspired by her late father Steve.

“Her middle names, Warrior Irwin, are a tribute to my dad and his legacy as the most incredible Wildlife Warrior,” the new mum shared with her 4.5 million Instagram followers.

Bindi was only eight years old when her beloved dad, nicknamed the Crocodile Hunter, was killed by a stingray while filming on the Great Barrier Reef in 2006.

She and Powell tied the knot at her family’s Australia Zoo in Queensland on March 25 last year, shortly before social distancing rules were brought in because of the pandemic.

Powell, a former professional wakeboarder from the US who now works alongside Bindi at Australia Zoo, also shared the happy news on social media.

“Finally meeting you has been the best moment of my life,” he wrote on Instagram.

“You have a big life ahead of you and no matter what, you will be surrounded by a whole lot of love.”