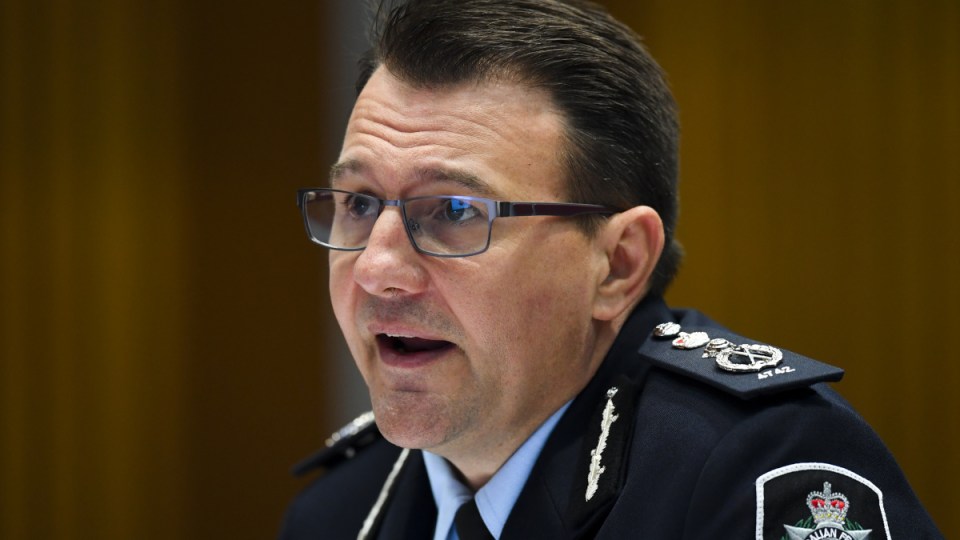 Mr Kershaw told the hearing he had spoken to all involved in the inquiry into Ms Higgins' rape allegations. Photo: AAP

Australia’s top cop has raised concerns with the nation’s most senior public servant about simultaneous investigations linked to the alleged rape of a former Liberal staffer.

Scott Morrison has tasked Mr Gaetjens with investigating who in the Prime Minister’s office knew about the allegation and when.

Mr Kershaw said he had spoken to all people involved in inquiries linked to the alleged sexual assault about the importance of letting the criminal investigation run its course.

“I also spoke with Mr Gaetjens, secretary of the Department of Prime Minister and Cabinet, that I’m particularly concerned about the intersection of his inquiry with our investigation,” he told a Senate estimates hearing in Canberra.

Ms Higgins says she was raped by a former colleague inside Parliament House in March 2019.

The AFP commissioner wrote to Mr Gaetjens on February 22 asking for the terms of reference for his inquiry and later received information about the scope.

Two days later, Mr Kershaw sent a letter to all MPs and senators about reporting crimes following a request from Mr Morrison to provide guidance.

Mr Kershaw said the allegation made by Ms Higgins was serious and being pursued by the AFP through its ACT policing arm.

“I will be limited in what I can say to ensure the active criminal investigation is not compromised,” he said.

“It is being treated with due care and attention including with oversight by our sensitive investigations oversight board.”

He said the AFP made contact with NSW counterparts in February about the matter and provided all relevant documents.

Meanwhile, a separate committee hearing has been suspended with Senate President Scott Ryan refusing to answer questions about the incident concerning Ms Higgins.

Senator Ryan said he would not speak about the allegations, which remain part of an active police investigation.

Labor senators were astounded with his response, sparking a 15-minute break in proceedings.

Senator Ryan also hinted he would not answer questions about the allegations against Mr Porter because of a potential coronial inquest into the involved woman’s death.

Labor senator Kimberley Kitching said it appeared to be a cover up.

Opposition upper house leader Penny Wong grilled Senator Ryan over whether he discussed the “tactical approach” to the hearing with the Prime Minister.

“I did not have discussions around tactics or anything else,” Senator Ryan said.